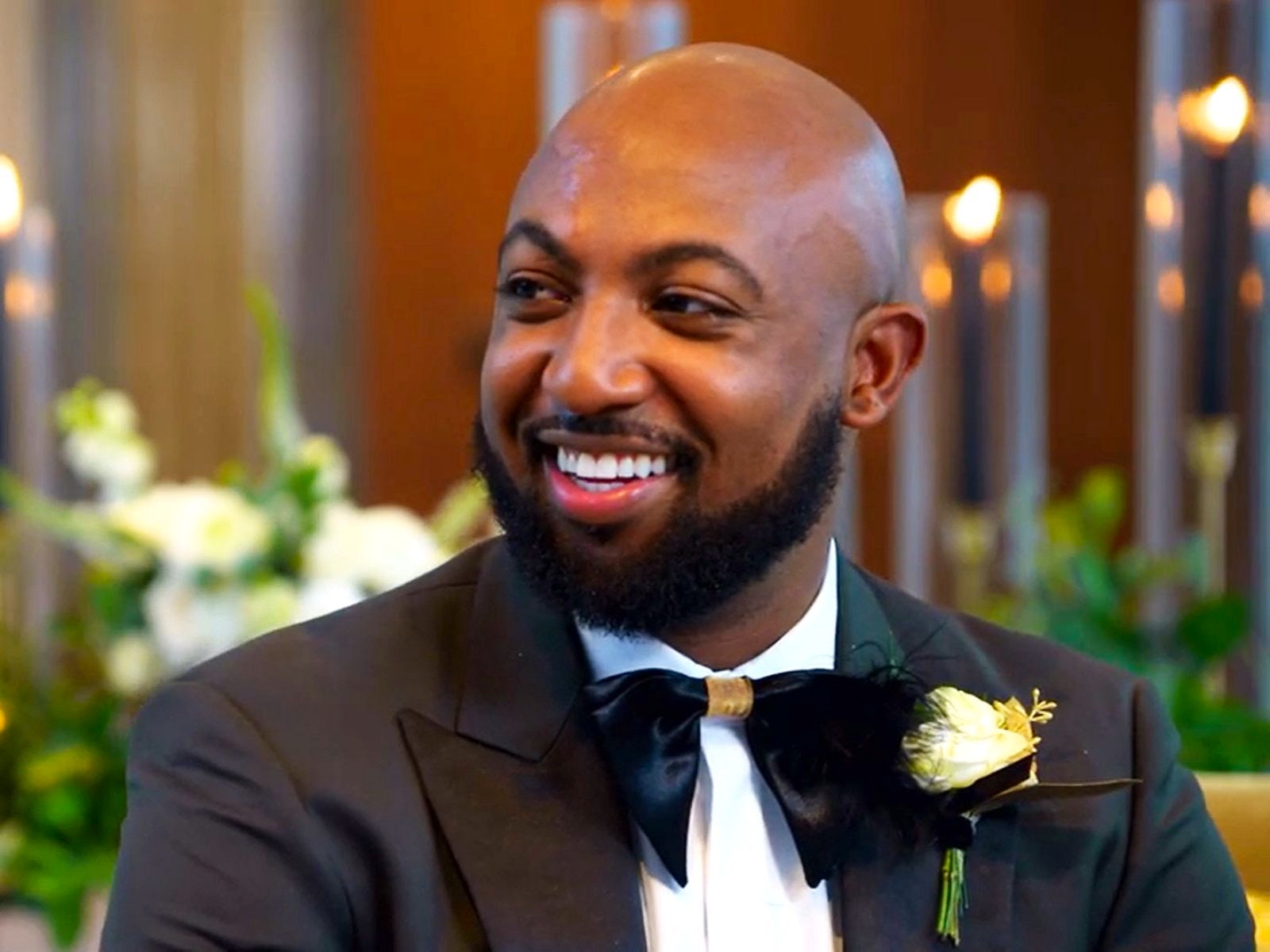 Married at First Sight star Shaquille Dillon has shared his reaction to Kirsten Grimes dissing his look and refusing to kiss him and whether he took any of it personally.

On Married at First Sight: Afterparty, which immediately followed the new episode, Shaquille watched back a Season 16 clip of Kirsten talking to her bridesmaids in the bathroom during her wedding reception.

“When you turned your cheek to him, I was like, ‘Does she like him?'” one of Kirsten’s friends says in the clip, expressing concern.

Kirsten explains that had Shaquille asked to kiss her at the end of their wedding ceremony, there would’ve been “a higher chance” of him getting a kiss.

Afterparty host Keshia Knight Pulliam therefore asked Shaquille if it ever occurred to him to ask his bride for a kiss at the altar.

“No,” Shaquille admitted. “It didn’t hit me until her bridesmaids came to me later and they were like, ‘Hey, Kirsten wants to kiss you, but you need to ask her.'”

“And I was like, ‘Oh, shoot!’ I just thought, like, we both knew what we signed up for,” Shaquille explained, “and so I didn’t think it was going to be a possibility that she would not kiss me.”

MAFS16 star Mackinley Gilbert joined Shaquille on Afterparty and expressed how he was “surprised” Shaquille didn’t ask Kirsten for permission to kiss her during the wedding ceremony since he’s “such a gentleman and so dapper.”

Shaquille admitted “the lean-in part” of the kiss confused him, suggesting that Kirsten’s body language was basically asking to be kissed.

“When she leaned in and I kissed her on the cheek, she, like, [pulled] me back again, like, brought me to her again to do it again. So I was like, ‘What the hell?!'” Shaquille recalled.

Shaquille also said Kirsten’s girl talk with her pals about his looks didn’t bother him because he’s a confident and secure guy.

“For me, I embrace the bald head. I love my bald head! And look at my dad, he’s bald,” Shaquille told Keshia.

“When I bring my dad around, people are more attracted to my dad than they are to me, and I’ll be like, ‘Bro, move!'” Shaquille joked.

“But I’m okay because [Kirsten and I] are married at first sight. It was, like, give me all of the qualifications on paper — but the physical attraction can grow.”

RELATED LINK: ’90 DAY FIANCE’ COUPLES NOW: WHO IS STILL TOGETHER? WHO HAS SPLIT? WHERE ARE THEY NOW? (PHOTOS)

Kirsten admitted during the matchmaking process that she tends to be very picky in all aspects of her life, including her dating life.

“I definitely pick over men, too,” Kirsten confessed.

After Kirsten and Shaquille met on their wedding day, Shaquille thought his bride was “beautiful” and definitely his “type,” but Kirsten complained to the cameras about how her husband already had two strikes against him — a bald head she wasn’t attracted to and the fact he’s younger than her in age.

But Kirsten quickly discovered they had important things in common, such as the value they put on family, religion and education.

“He has pretty teeth and his personality definitely outweighs his exterior look,” Kirsten conceded.

On the latest episode of Married at First Sight, Kirsten and Shaquille continued getting to know each other better, and they both agreed it was obvious why the experts had matched them — and that the experts had done a good job in doing so.

While Kirsten still refused to kiss her husband during the wedding reception, she had definitely warmed up to him more and was becoming increasingly more impressed by him.

‘The Last Of Us’ Explains Why Joel Wasn’t Infected
What You Should Know About ‘On My Block’ Before Watching ‘Freeridge’
‘SW’: Should Christine Brown Change Her Last Name?
Your Honor Season 2 Episode 3 Review: Part Thirteen
The Ark – Episode 1.02 – Like It Touched The Sun – Promotional Photos + Press Release
Follow us on Facebook
Follow us on Twitter