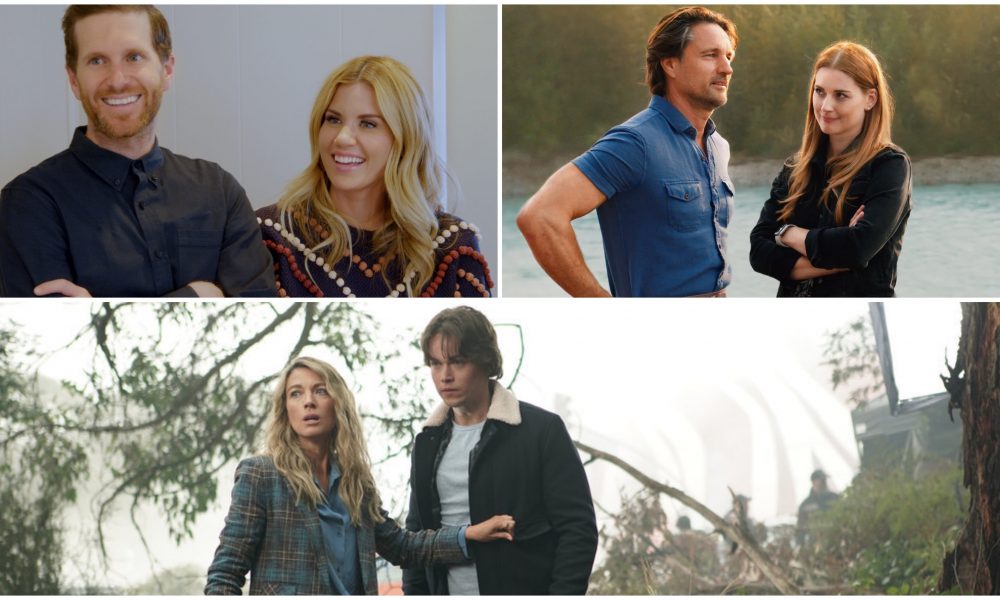 With Halloween stretching the month of October, you might find yourself looking for a spooky show to add to your rotation.

We’ve compiled a list of shows that will send a shiver down your spine on a breezy fall night.

Just be sure to leave the night light on… you know, to scare away any bad spirits or witches.

When it comes to TV mysteries, no one does it better than Nancy Drew. The writers deliver compelling mysteries with unexpected twists while maintaining the integrity of the plot and developing well-rounded, relatable, and likable characters in the process. And the cheap thrills aren’t so bad either.

Her name is Sabrina Spellman, and she is a half witch, half mortal trying to retain her human side while also learning all there is to know about her coven and the Dark Lord. This isn’t the teenage witch you remember, but it’s the one you’ll want to befriend.

The three-parter, based on the writings of R.L. Stine, is set in three centuries: 1666, 1978, and 1994 and finds friends taking on evil forces after a series of slayings.

Based on the 1996 slasher film of the same name, the anthology series revives a dangerous killer by the name of Ghostface.

An obsessive stalker named Joe Goldberg sets his sights on his next muse (and victim)… you. The series explores how far he’s willing to go for love.

Set in Montana, private detective Cassie Dewell and Jenny Hoyt investigate the kidnapping of three women along a remote highway, which brings them into the orbit of two very shady and manipulative men.

Based on the hit podcast and inspired by the chilling true story of Dr. Christopher Duntsch, a charismatic doctor who opens up a neurosurgery practice in Texas. But things take a grisly turn when patients going in for routine spinal surgeries leave permanently disabled or dead.

Nicole Kidman stars in the series based on The New York Times best-selling book by Liane Moriarty (also the author of Big Little Lies!). Kidman stars as a retreat director who hopes to better nine strangers and transform their lives.

Murders in the Building – 1 Season (Hulu)

Martin Short, Steve Martin, and Selena Gomez star as three true crime-obsessed strangers who find themselves piecing together the event of a murder mystery that occurs at their Upper West Side apartment buiding.

A remake of the classic 1997 teen slasher, a group of teenagers is stalked by a mysterious killer a year after they are involved in a fatal accident on the night of their graduation that they swear to keep a secret.

Halloween doesn’t always have to be scary. The single-camera sitcom, adapted from the British one of the same name, finds Sam and Jay moving into a mansion left to her by her great aunt. After a brush with death, she begins seeing dead people aka the spirits trapped inside the home and must find a way to live in unison with them.

When Is Freeform Airing Its ’31 Nights of Halloween’?

Where to Watch Horror Classics Like ‘Scream,’ ‘The Purge,’ and More Ahead of Halloween

Poll: What Is Your Favorite Spooky TV Show to Watch on Halloween?

USD POLL : What character from media or myth would you have liked to see on Lucifer?
POLL : What are you watching Tonight? – 25th November 2021
Cowboy Bebop – Season 1 – Review
‘Psych 3’ Stars Go Inside the Birth Scene & Share Hopes for Future Movies
The Book of Boba Fett: New Trailer Revisits a Big Death
Follow us on Facebook
Follow us on Twitter