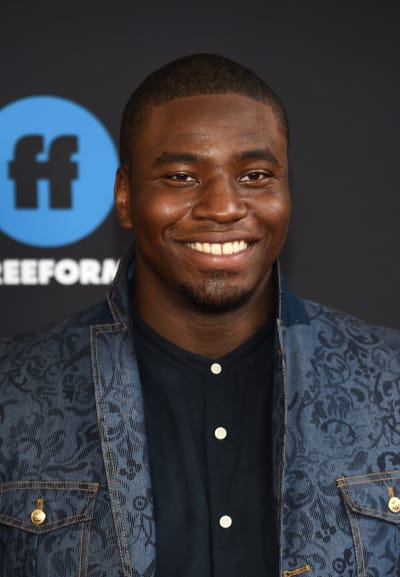 Okieriete Onaodowan’s stunning exit from Station 19 played out earlier this month, and the beloved actor has already lined up his next role.

According to Deadline, Onaodowan has landed a series regular role on Prime Video’s Jack Ryan Season 4.

The star is set to play Adebayo “Ade” Osoji on the high-octane drama.

Viewers will have a long wait for the fourth season because the third has yet to premiere.

Production on the fourth season is set to get underway soon.

Onaodowan played Dean Miller on the Grey’s Anatomy spinoff Station 19 for five seasons, but the series said goodbye to the character earlier this month in one of the most shocking deaths to date.

“It’s been a pleasure being Dean. I have Shonda Rhimes, Stacy McKee, Krista Vernoff, Paris Barclay, and ABC to thank for allowing me to bring him to life,” Onaodowan shared in a statement to Deadline.

“I am grateful I got to work with the most loving, kind, and dedicated crew in network TV. And most importantly, thanks to the fans for showing Dean so much love.”

“I hope he has inspired you to change your world for the better. Be the change!”

The good news is that the actor approached producers to be written off the series, so at least we know the exit played out as he had hoped.

Showrunner Krista Vernoff touched on the exit, revealing it to be emotional for her.

“I am a better artist and human for having had the opportunity to work with Okieriete Onaodowan. I am heartbroken by the loss of Dean Miller and that I no longer get to write for Oak,” Vernoff said in a statement.

“Oak has an expansive spirit and was ready for and craving new artistic horizons —and I truly can’t wait to see what he does next.”

“It will be powerful, it will be deep, and it will be courageous because Oak is all of those things.”

What are your thoughts on the star landing a role on Jack Ryan?