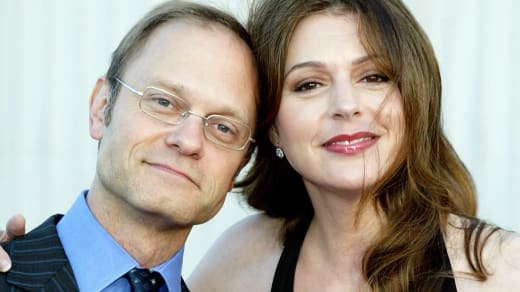 David Hyde Pierce’s Niles Crane may not be a part of Frasier’s Paramount+ revival, but his son will.

Deadline revealed this week that Anders Keith had joined the cast as Niles and David’s son, David.

Longtime fans of the franchise will recall David being born in the 2004 series finale of Frasier.

David is described as “an awkward college freshman with a penchant for off-kilter observations.”

“He has Niles’ intelligence, Daphne’s smile, and neither of their polish,” the description continues.

“David’s unearned confidence may confuse some, but Frasier has a fondness for his nephew’s earnest enthusiasm.”

Hyde Pierce revealed last year that he didn’t think he was interested in revisiting that universe.

“That whole time of my life, the writing on those shows, the actors I got to work with — all of that is deeply important to me,” Hyde Pierce said in an interview with Vulture in 2022.

“And I would never disrespect that in such a way as to say just offhandedly, ‘Oh, no, thanks. I’m not going to do that again.’ It’s too valuable to me,” he added.

“But by the same token, because it’s so valuable to me, I also wouldn’t do it just do it. And I believe it can be done without me, too — finding new stories to tell, in the same way that Frasier did after Cheers. They didn’t bring along the Cheers gang to make a new show.”

Eve is described as “spontaneous, outgoing and bursting with creative energy…. With an innate ability to connect with both Frasier and Freddy, Eve is a critical bridge between father and son as they attempt to reconcile.”

A premiere date has not been set.