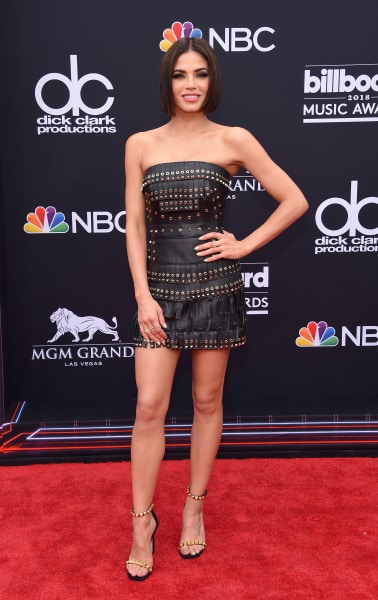 Jenna Dewan is currently appearing on ABC’s The Rookie and The CW’s Superman & Lois.

The beloved star will also be returning to Lifetime.

The cabler announced this week a two-picture deal with the entertainer to star in, and executive produce two new movies for Lifetime.

The projects are currently in development, and one will be a film for the for the network’s annual It’s a Wonderful Lifetime holiday movie slate.

Dewan previously starred in the series Witches of East End and highly rated movies She Made Them Do It and Fab Five: The Texas Cheerleader Scandal for the network.

Dewan will produce through her company, Everheart Production, alongside executive Kyle McNally.

“We are thrilled to have Jenna return to Lifetime’s air, but even more so, we are excited to have her step into a Broader Focus behind-the- camera role to executive produce the projects,” said Tanya Lopez, EVP Scripted Content, Lifetime & LMN.

“The Lifetime audience loves Jenna and thrilled to collaborate with her to create movies that will resonate with our audience for the holidays and beyond.”

“I am so excited to re-team with Lifetime on these projects,” said Dewan.

“They’ve always been such wonderful partners and have truly paved the way for female-focused entertainment. It’s going to be a lot of fun getting to tell some really special stories together.”

Dewan is an actress, host, dancer and producer who has starred in films including Step Up, Take the Lead, and 10 Years.

The star is also set to judge on the upcoming dance competition series Come Dance With Me.

She was the host for the first two seasons of World of Dance.

As a producer, Dewan won a Peabody Award for the documentary Earth Made of Glass and is an EP on the Youtube Premium/Starz’s Step Up series.