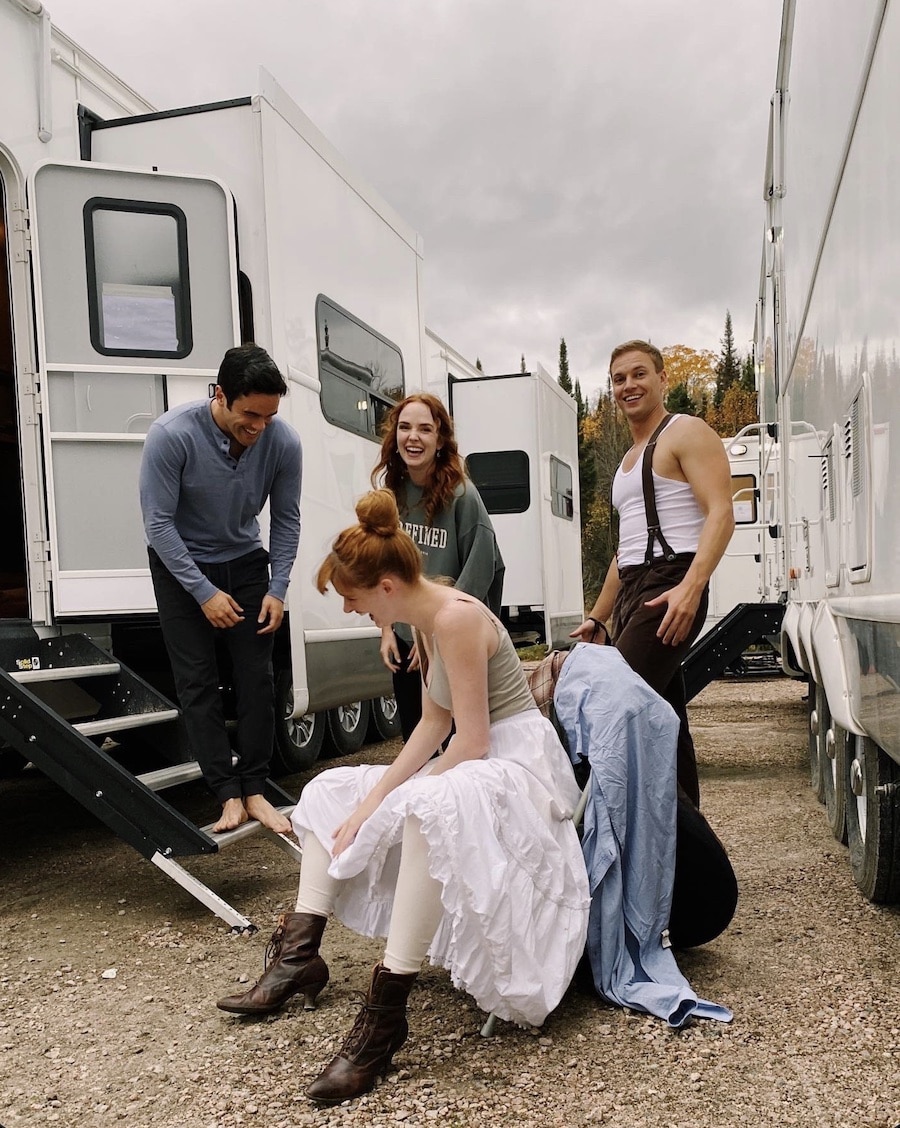 GAC Family made a lot of Hearties and Hopefuls very happy with When Hope Calls Christmas. These were the first two episodes of Season 2.

When should Brookfield fans see the remainder of WHC Season 2?

Will GAC Be Airing Rest Of When Hope Calls Season 2 Soon?

Did you enjoy watching When Hope Calls Christmas over the holiday season? Hearties and Hopefuls enjoyed seeing most of the gang back, along with two very prominent Hope Valley residents.

However, fans want to know when the remainder of Season 2 will air. They want to see what is next.

Currently, they have not begun filming the remainder of the WHC Season 2 episodes. There are rumors that they will begin to film in the Spring. However, they have not been confirmed. Nor has there been any announcement.

Yet, Marshall Williams is already psyched to reunite with the gang. That seems to be a confirmation that there is more. After the premiere on GAC Family, he went to Twitter to say he could not wait until they all reunited.

Thanks everyone who tuned into #WhenHopeCalls this weekend! Looking forward to getting this crew back together! Also, I stole this photo from @MorganKohan (and by stole I mean I asked for it and she kindly sent it to me cause she’s nice).@hanneke_talbot@RJHatanaka @GACfamilyTV.

As for the GAC Media CEO, Bill Abbott, he also went to Twitter to discuss Season 2. This is more confirmation that there will be more.  “Thank you! We look forward to a great season 2 with your support! #WhenHopeCallsChristmas #Hopefuls #Hearties #GACers.”

What is confirmed is that When Hope Calls will return with the remainder of Season 2 on GAC Family.

Will Daniel Lissing Or Lori Loughlin Return To When Hope Calls Season 2?

When Hope Calls fans certainly want to know whether Lori Loughlin’s character Abigail Stanton will remain in Brookfield. Moreover, could Henry (Martin Cummins) possibly visit Brookfield? This would be an amazing crossover!

Those are two valid questions. In terms of Lori returning to Canada to work, she likely needs a judge’s permission once again. Therefore, if that is granted, this is a public record that would be covered by the media. That in itself will let fans know whether Abigail will be in the upcoming episodes.

As for Daniel Lissing, it seems unlikely that he will return as Jack Thornton. That is, unless he shows up as Ghost Jack once again, to impart his otherworldly wisdom to Abigail. Fans loved it, and it would be pretty wonderful.

However, many would like to see Jack Thornton visit Elizabeth (Erin Krakow). Could that crossover ever happen? Hearties can dream.

When Is The When Calls The Heart Season 9 Premiere?

The good news is that When Calls The Heart Season 9 will premiere on Sunday, March 6, at 8 p.m. Eastern, on the Hallmark Channel.

Georgia Makitalo has been a freelance writer for 14 years. She enjoys writing about Hallmark, Lifetime, GAC, British Series, as well as Netflix series like Emily In Paris, The Witcher, Lucifer, and anything Austen. In her free time she enjoys traveling, hiking and learning about Pre-Raphaelite art.