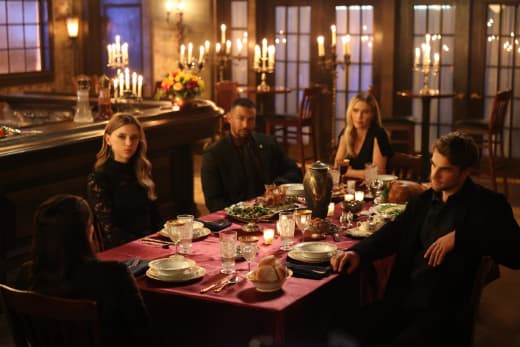 The CW’s decision to cancel several fan-favorite series earned the ire of many fans this week.

The network was “willing to renew” shows like Legacies, Legends of Tomorrow, and In the Dark, according to Deadline.

The outlet states that the studios behind the shows (Warner Bros. Discovery & Paramount) were the hurdle that paved the way for the shows to get canceled.

The reason the studios were not on board with renewals?

“The studios behind them were not for business reasons as they try keep their slates profitable,” Deadline notes.

The sale of the network (possibly to Nexstar) complicated things because Warner Bros. Discovery and Paramount would be leaving the network behind.

It was revealed earlier this year that CW has never been profitable, with the network making money via streaming deals.

If the studios behind the shows believe the shows not to be profitable, then it rules out any potential pickups from other outlets.

The glimmer of hope for Legends of Tomorrow and Batwoman is that characters from those shows could pop up on The Flash to help bring some closure.

Still, a show that lasted seven seasons deserves some form of closure, so it’s hard to get on board with the decision to cancel it.

The CW, as a whole, is looking ahead to a very different future than before, one that includes less scripted originals and more imports.

The network is going into next season with Superman & Lois, All American, The Flash, All American Homecoming, Kung Fu, and Riverdale, Nancy Drew.

They also ordered spinoffs of Supernatural and Walker, as well as a new superhero drama titled Gotham Knights.

The cancellations included the aforementioned Legacies, Legends of Tomorrow, and Batwoman, as well as Naomi, 4400, Charmed, Roswell, New Mexico, In the Dark, and Dynasty.

Out of those shows, only Charmed is looking like it will get some form of closure.

The writers of the show took to Twitter Thursday night to reveal they were working towards closure and that fans would not be left hanging.

The final three episodes of Legacies were recently delayed to June, despite production being completed a while ago, leading to speculation the episodes might be re-edited to remove cliffhangers.

It’s unfortunate to hear the studios did not see the value in renewing the shows, but it sounds like this decision came from above The CW.

What are your thoughts on what might have been?

Do you think it was a mistake to cancel all of the shows?