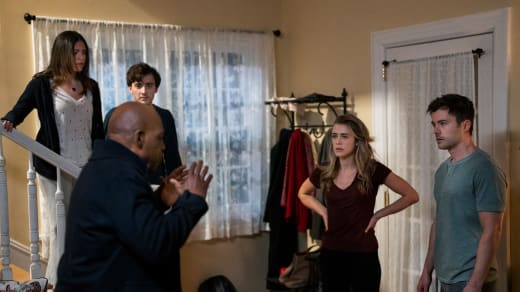 The Nielsen streaming charts for the week of November 7 featured some big surprises.

We’ll start with the least surprising: Netflix’s decision to bring Manifest back from the dead has paid off — big time.

The series beat stiff competition from The Crown, which landed in second place overall with 2.13 billion minutes viewed.

It will be fun to see if the royal Netflix drama takes down Manifest next week or if Manifest can continue to lead the chart.

Love is Blind managed 1.27 billion minutes viewed, landing in the #3 spot in the overall list.

Warrior Nun has had a lot of chatter on social media, thanks to its excellent plot. Check out why Warrior Nun should be your next obsession.

If we look at the “Acquired Series List,” Peacock’s decision to take on the streaming rights to Yellowstone is paying off.

The hit Paramount Network drama landed at #5 as people binged the first four seasons in the lead-up to the Yellowstone Season 5 premiere.

What are your thoughts on the numbers?

Are there any surprises for you?

FBI Universe: CBS Announces Action-Packed Global Crossover Event
Most Popular Shows and Articles on SpoilerTV – January 2023
Who Is the Richest Shark on ‘Shark Tank’? A Look at the Cast’s Net Worth
‘Frasier’ Revival Enters Production, James Burrows Returns to Direct
Tahzjuan Hawkins claps back at trolls slamming her ‘The Bachelor’ behavior and attempt to date Zach Shallcross
Follow us on Facebook
Follow us on Twitter