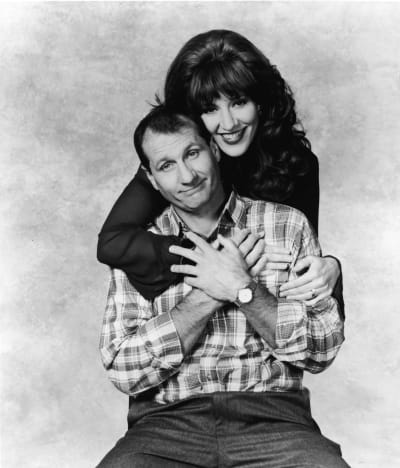 Married… With Children could be staging a comeback.

Deadline reported Friday that a revival of the hit FOX series is in the works, but there’s a catch.

The new project will be animated.

The good news is that original cast members Ed O’Neil, Katey Segal, Christina Applegate, and David Faustino are all set to return for the revival.

Given that the cast has remained busy in the years since the series wrapped, the animated direction makes a bit more sense.

Alex Carter (Family Guy) is attached to serve as writer and showrunner should the project garner a series order.

The project has been in the works at Sony Pictures Television for over a year, and deals were closed with the original stars before it was shopped.

The series aired on FOX for its entire 11-season run, so it’s possible FOX would be interested in bringing the show back in some capacity.

Then again, the TV market has changed since the original series aired, thanks to the rise of streaming.

As a result, a streaming service may land the project.

Hulu and Peacock share the rights to the series, so those services could be interested because of the built-in audience.

Then again, Netflix has had success with new takes on classic sitcoms.

Fuller House, a spinoff of Full House, lasted five seasons, while One Day at a Time lasted three.

The streaming service is also working on a spinoff of That ’70s Show, titled That ’90s Show.

Given the success of the original Married… With Children, a new show set in that universe was inevitable.

Media conglomerates have been looking to the past in recent years, hoping to capitalize on the nostalgia of older shows.

In 2014, a spinoff of Married… With Children centered on Faustino’s Bud was revealed to be in development.

However, the series never landed a formal pickup.

It’s tricky to release a new show set in the same universe as a beloved series because there’s always that worry the latest effort will tarnish the brand.

The series did get a spinoff back in 1991 titled Top of the Heap, but it did not stand the test of time, and lasted just six episodes.

However, a spinoff of Top of the Heap was made the following season, which lasted seven episodes.

What are your thoughts on this potential comeback for Married… With Children?