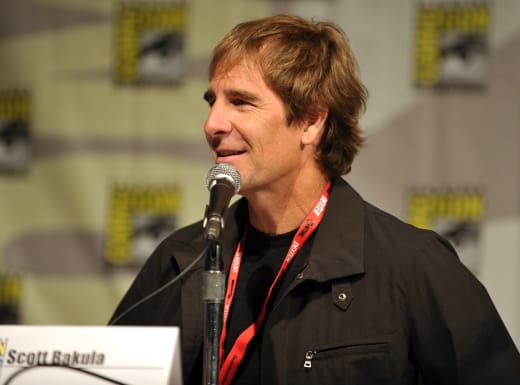 Another day, another reboot.

In today’s TV climate, the networks are betting on well-known IP as opposed to new and exciting projects.

The latest reboot is Quantum Leap, and before you get your hopes up, the update is to focus on a new team.

It is set to take place in the present, picking up 30 years after the events of the series finale, with a new team restarting the project to unlock some of the biggest mysteries.

At this time, Scott Bakula is not attached to star, but conversations are underway about him having an involvement.

Bakula’s co-star on the original series, Dean Stockwell, passed away last year at 85.

Bakula has been open in the past about the potential of bringing the show back, telling the late Bob Saget on his podcast that there were “very significant conversations.”

“The rights were a mess for years,” the actor said.

“I don’t know if they’re even sorted out now. That’s always been the biggest complication.”

However, he said that conversations with series creator Bellisario over the years always resulted in the creator saying the following:

“‘I can’t write it without thinking of you and Dean.’”

Gero responded to the news on social media.

“This has been a very hard secret to keep,” he said via Twitter.

“Thrilled that our friends at @nbc have given us the chance to bring this phenomenal show back and continue the story.”

“Can’t wait for you all to see what we have in store.”

Quantum Leap originally aired on NBC, lasting a total of 97 episodes from 1989-93.

Do you think it’s the right time to bring the show back?