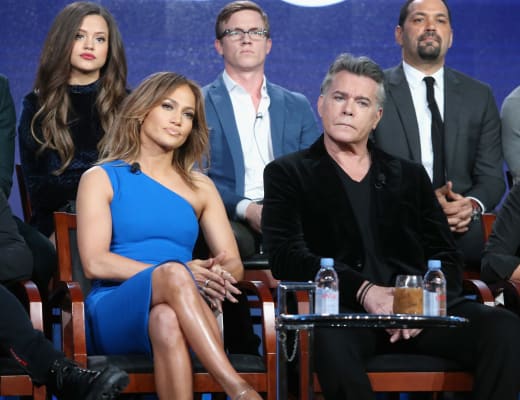 Fans of Ray Liotta were left in shock Thursday when it emerged that the legendary Goodfellas actor had died this week.

In the immediate aftermath, celebrities and fans lit up social media with tributes.

One of those tributes came from Liotta’s Shades of Blue co-star Jennifer Lopez.

They worked together on the NBC cop drama for three seasons from 2016 to 18.

“Ray was my partner in crime on Shades of Blue … the first thing that comes to mind is he so was kind to my children,” she began her post while also sharing photos of the pair.

“Ray was the epitome of a tough guy who was all mushy on the inside … I guess that’s what made him such a compelling actor to watch. The original Goodfella.”

Lopez continued. “When I first heard he took the job on Shades of Blue I was thrilled, and the first time we walked on set to do our first scene together there was an electric spark and a mutual respect and we both knew this was going to be good.”

“We enjoyed doing our scenes together and I felt lucky to have him there to work with and learn from,” the star recalled.

“Like all artists he was complicated, sincere, honest and so very emotional. Like a raw nerve, he was so accessible and so in touch in his acting and I will always remember our time together fondly.”

“We lost a great today … RIP RAY … it’s so sad to lose you what seems way to soon … I will remember you always.”

“Sending so much love and strength to your daughter Karsen, your family and all your loved ones.”

Liotta is, of course best known for his Goodfellas role, but he also appeared in Field of Dreams, the Sopranos prequel movie The Many Saints of Newark.

At the time of his passing, he was filming the movie Dangerous Waters.

Jamie Lee Curtis, who starred opposite Liotta on Dominick and Eugene, also shared her sadness at the news.

“Ray Liotta has died. His work as an actor showed his complexity as a human being. A gentle man,” Curtis said.

Meanwhile, Lorrain Bracco, who starred on Goodfellas, shared that she is “utterly shattered” by the news.

“I can be anywhere in the world & people will come up & tell me their favorite movie is Goodfellas,” she shared on Twitter.

“Then they always ask what was the best part of making that movie. My response has always been the same…Ray Liotta.”

“I have never felt such an easy, warm connection with another performer,” he shared.

“He was so generous. If I went one way he followed me. Always dancing. Always listening. Never self-generated.”

“I am extraordinarily proud of my next project,” he continued.

“It was hard work and I was blessed to have a number of incredible scene partners, but I will always be most proud of my scenes with Ray; the relationship we built felt real in some strange way.”