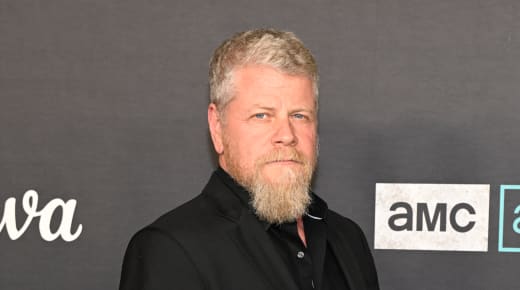 Superman & Lois is adding a Walking Dead favorite to the cast for Season 3.

But who will he play?

Yes, The CW seems intent on having Lex Luthor in most of their ongoing series, so the villain might pop up on Riverdale next.

Cudlitz’s character is “known to the world as the visionary billionaire behind LexCorp, but secretly, the criminal underworld knows who Lex truly is: a brutal psychopath who terrorizes anyone he crosses paths with,” EW reports.

“When Lex debuts this season, it’s been years since he dropped out of the public eye and he’s re-emerging hellbent on correcting a personal injustice by enacting revenge on the two people he feels have wronged him — Superman and Lois Lane.”

Now, you may be confused because Lex Luthor has already appeared in the Arrowverse.

Jon Cryer portrayed the villain on Supergirl, before appearing in the Crisis on Infinite Earths crossover event.

While the casting breakdown does hint that we’ll be treading the same water with Lex vs. Superman, we may be in for something different entirely.

If you watch Superman & Lois online, you know the series has reinvented villain origin stories in the past, so maybe this will be different.

The new season “opens weeks after Superman’s blowout defeat of Ally Allston,” The CW teases in a press release.

“Clark (Tyler Hoechlin) and Lois (Elizabeth Tulloch) are now working at the Smallville Gazette together and enjoying small town life.”

“But the Kents’ romantic bliss only shines a light on how isolating “the secret” can be, as Chrissy (Sofia Hasmik) struggles to balance a new love interest and her friendship with Lois.”

“However, Lois’ own work-life balance is put to the test when an undercover assignment reveals a deadly foe that promises to change the Kent family forever.”

“Superman would move heaven and earth for his family, but with a villain this merciless, even that might not be enough.”

“Meanwhile, the Kent boys find themselves being pulled in opposite directions as Jordan (Alex Garfin) discovers what a superhero-identity really means and Jonathan (Michael Bishop) searches for purpose beyond the football field.”

“Amid all this upheaval, John Henry (Wolé Parks) is haunted by his doppelgänger’s past, leading to dangerous consequences for him and Natalie (Tayler Buck).”

“Lana Lang (Emmanuelle Chriqui) and Kyle (Erik Valdez) redefine their family post-separation, while Sarah (Inde Navarrette) explores what the future holds for her and Jordan now that she knows the truth about his powers.”

“Having learned the hard way that no one else can be trusted to work with Superman, General Samuel Lane (Dylan Walsh) reclaims his post at the Department of Defense, only to face his own conflict in working with his grandson, Jordan.”