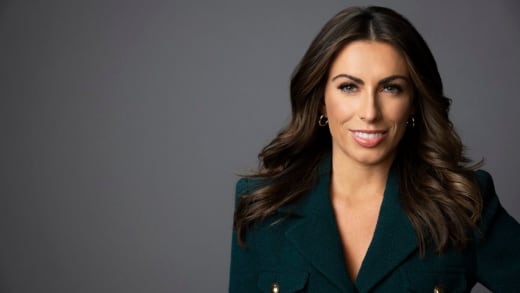 The View has a new panelist!

The daytime talker has confirmed Alyssa Farah Griffin will be the new conservative co-host.

Additionally, Ana Navarro has closed a deal with the series to become another permanent co-host.

“We promised to take a little time to fill the seat and we have found the right match and a welcome addition to the show with Alyssa,” executive producer Brian Teta said in a statement revealing the news.

“She is willing to share her unique political experience and brings a strong conservative perspective while holding her own in tough debates with her co-hosts and guests on both sides of the aisle.”

“Ana has made an indelible impact on The View since the first time she joined us at the table,” Teta continued.

“She is a strong independent thinker with savvy insight, not to mention that she is whip-smart and fiercely funny. We are very happy to officially welcome her as a co-host.”

“I couldn’t be more honored and thrilled to join the ladies of The View,” Farah Griffin said Thursday.

“The show paved the way for women speaking up and speaking out on TV.”

“At a time when our country is so divided, often on partisan lines, I’m honored to represent the conservative perspective.”

“I hope to model what is too often lost by our elected leaders: learning from others, disagreeing respectfully, and focusing on finding real solutions for our country.”

“The View is an institution and incomparable platform for women of different backgrounds to share their opinions and insights,” Navarro said.

“It’s been a long courtship, but we’re finally making it official. I love being on the show, and I love living in Miami.”

“I’m happy I will be able to do both. Thank you to ABC News, The View family and our loyal viewers for their continued support.”

The pair made their official debuts on the series on the August 4 episode, with Whoopi Goldberg introducing them to the series.

Farah Griffin has previously appeared on the show as a guest host.

Joy Behar, Whoopi Goldberg, Sara Haines, and Sunny Hostin are all set to remain on the series, with Hostin inking a new three-year deal.

What are your thoughts on the casting news?