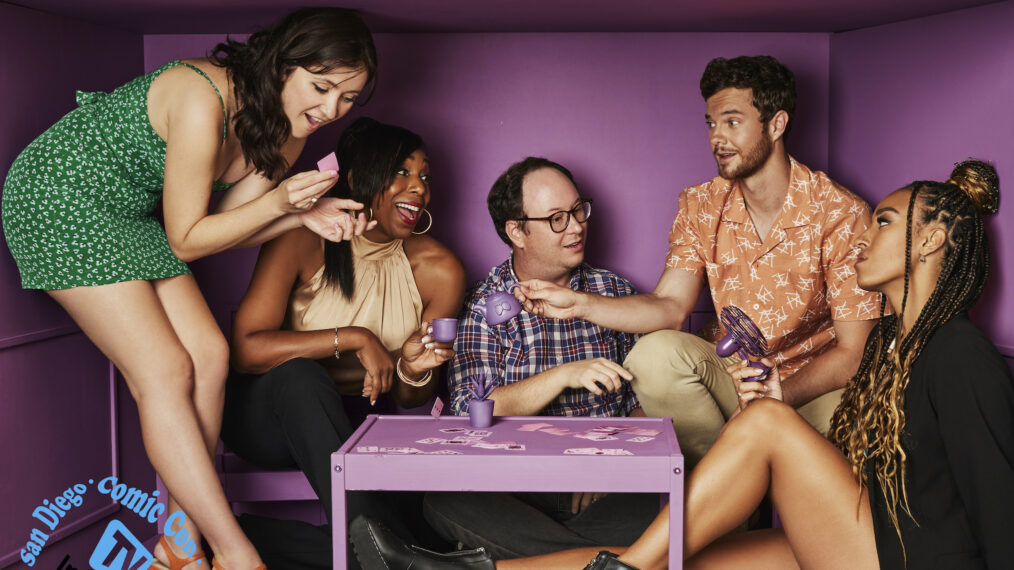 When Mariner and Boimler join the crew of the Enterprise, “we get to be … in our human bodies, so my dad can stop asking me, ‘When are you going to be a real-life person in something next?’” Newsome shared, admitting, “I also broke a lot of things on the set of the Enterprise.” Quaid added that was the only one who saw.

While there aren’t any plot details about what brings the ensigns over, Quaid did reveal he started “shipping Boimler with Spock [played by Ethan Peck]. We call it Spoimler.”

But first, Lower Decks returns for its third season on August 25. “There’s a lot of amazing callbacks to previous Star Trek, a lot of new aliens you’re going to meet. We’re going to go to Deep Space Nine for a little adventure,” McMahan teased. And after the movie parody in Season 1, “we do a big Star Trek sequel movie parody episode because everyone knows, Star Trek sequels hit different.”

As for the resolution of that Season 2 finale cliffhanger, which saw Captain Freeman arrested, expect to see everyone “take on the charge of trying to prove my innocence,” Lewis said. For her daughter, Mariner, that means, “I’m going to put on a cropped leather jacket and I’m going to steal a starship,” according to Newsome.

Watch the video interview above for more from the cast and creator of Star Trek: Lower Decks about Season 3 as well as the Strange New Worlds crossover. Don’t miss Lewis confusing Newsome as she may or may not reveal a spoiler (and what McMahan has to say about that). Plus, watch everyone’s reactions to McMahan talking about how Earth is in space.

‘Sister Wives’: Were The Brown Babies Planned Or ‘God’s Will’?
Dynasty – Episode 5.20 – First Kidnapping and Now Theft – Promo + Press Release
Lt. Joe Kenda on Homicide Hunter: Never Give Up, Euphoric Feeling of Solving a Case After 34 Years
POLL : What are you watching Tonight? – 14th August 2022
USD POLL : What’s your favorite show created by Stephen Merchant?
Follow us on Facebook
Follow us on Twitter