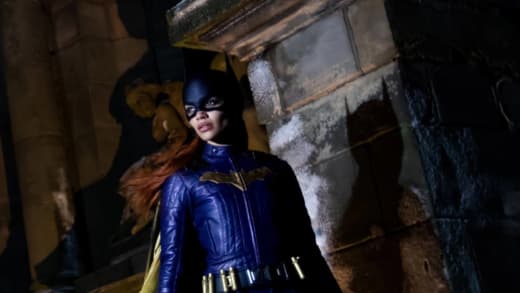 It’s been a frustrating week for the people associated with Leslie Grace’s Batgirl.

The $70 million+ movie was officially scrapped earlier this week, despite being in post-production.

At the time, there were unconfirmed reports the decision was based on the quality of the movie as opposed to the restructuring at Warner Bros. Discovery.

“We have done a reset” CEO David Zaslav said Thursday during an investors call.

“There will be a team with a 10-year plan focusing just on DC,” he said.

“It’s very similar to the structure that Alan Horn and Bob Iger put together effectively with [Marvel Studios chief] Kevin Feige at Disney.”

Zaslav explained that “our conclusion is that with expensive direct-to-streaming movies — in terms of how people are consuming them on the platform, how often people buy a service for it, and how it gets nourished over time — there is no comparison to what happens when you launch a film in the theaters.”

“So, this idea of expensive films going to streaming… we cannot find an economic case for it. And so we’re making a strategic shift. ”

The movie was initially in the works at HBO Max, but in recent months, it emerged that a move to theaters could be a possibility.

“But also, our job is to protect the DC brand, and that’s what we’re going to do.”

Batgirl, which was shelved earlier this week, was close to completion.

All filming had been completed, and now, the movie will never see the light of day.

Grace took to social media this week to reflect on the decision.

“Querida familia! On the heels of the recent news about our movie Batgirl, I am proud of the love, hard work and intention all of our incredible cast and tireless crew put into this film over 7 months in Scotland,” the star wrote on Instagram.

“I feel blessed to have worked among absolute greats and forged relationships for a lifetime in the process.”

“To every Batgirl fan – THANK YOU for the love and belief, allowing me to take on the cape and become, as Babs said best, ‘my own damn hero!’ Batgirl for life!”

As for what will become of HBO Max and Discovery+, the services are set to merge next summer.

‘The Bachelorette’ Couples Now: Who did ‘The Bachelorette’ stars and their winners end up marrying ultimately? Where are they now? (PHOTOS)
A Friend of the Family – First Look Promotional Photos
Westworld – Que Será, Será – Review: Graveyard of Stories
Dan Bucatinsky Looks Back on ‘Scandal,’ Ponders ‘A Million Little Things’ Return
Blood And Treasure – Episode 2.07 – The Ravens Of Shangri-La – Promotional Photos
Follow us on Facebook
Follow us on Twitter