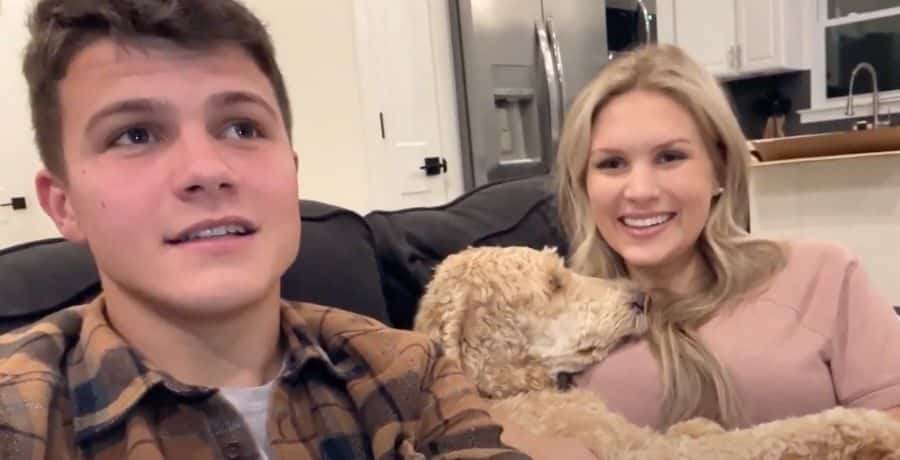 Bringing Up Bates stars Travis Clark and Katie Bates are thrilled to share their baby’s name! The couple is expecting their first baby, a girl, in March. And they have officially decided on the perfect name. Keep reading to get all of the details.

About a week ago, Travis and Katie had a little gender reveal party and found out that they are having a daughter. Shortly afterward, they chose her name.

As TV Shows Ace reported, Katie previously dropped a hint about the baby’s name. She promised fans that she would be sharing the name before the baby’s birth. But she didn’t say when exactly that would be.

On her Instagram Stories, during a Q&A session, Katie shared that the baby’s initials are H.J.C.

You can check out Katie’s Instagram Story about the baby’s initials below.

On Thursday evening, Katie and Travis decided it was time to spill the news to Bringing Up Bates fans. They released a new YouTube video. The first part of their video is about their trip to Tennessee to visit the Bates family. Then, when the couple got back home, they sat down and shared the baby’s name with fans.

In their video, Travis and Katie revealed that their baby’s first name is Hailey. They didn’t specify how they are spelling her name, however.

So, fans will have to wait and see which spelling they use. There are a handful of options, including Haley, Hayley, and Hailee. Hailey is the most popular spelling.

Prior to finding out the gender, they found a great boy’s name but were never confident about a girl’s name. Then, when Travis shared this name with Katie, she was on board.

Bringing Up Bates fans react to the name reveal.

In the comments section of Katie and Travis’ new YouTube video, fans are weighing in on the name choice. And it looks like many of them love it. One fan wrote, “Such a beautiful name! God bless you all!”

So, what do you think of Travis Clark and Katie Bates’ baby’s name? Do you like the way it sounds? Sound off in the comments section below, and come back to TV Shows Ace for more Bringing Up Bates news.

You can check out their new YouTube video here.

The Watcher Trailer: Ryan Murphy’s Latest Limited Series Is Poised To Be a Hit
‘Married at First Sight’ star Alexis clarifies her comments that she isn’t ready to be married to Justin
Kung Fu – Episode 3.02 – Risk – Press Release
The Cleaning Lady – Lolo and Lola – Review
‘Riverdale’ Actor Ryan Grantham Sentenced to Life in Prison for Killing His Mother
Follow us on Facebook
Follow us on Twitter