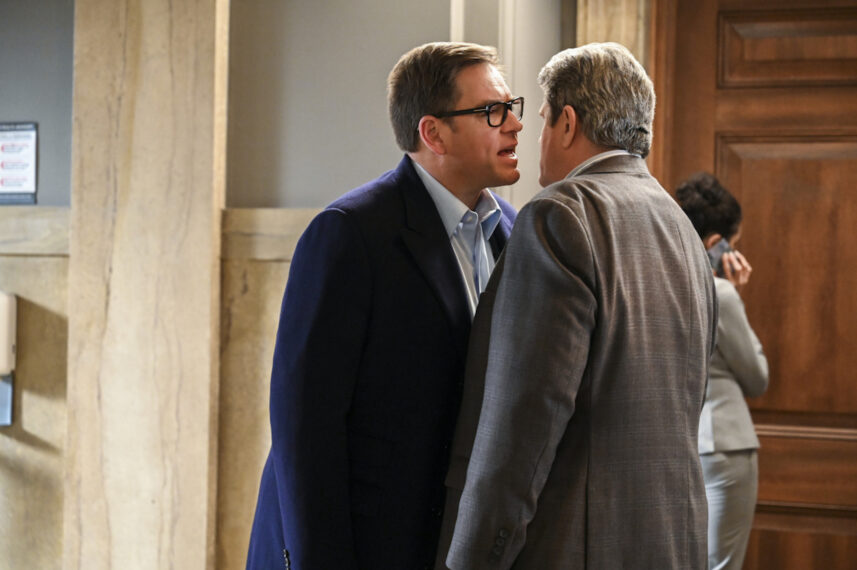 [Warning: The below contains MAJOR spoilers for the Bull series finale “Goodbye.”]

The title of the Bull series finale is fitting, and not just because it’s a farewell to the six-season CBS series. More than one character bids adieu to TAC by the end of the episode.

Dr. Jason Bull (Michael Weatherly) is faced with a major problem as the finale begins: He knows TAC’s client, Ed Wilson (Rod McLachlan), is guilty of multiple murders, but due to attorney-client privilege, all he can do is have some sleepless nights at the office. But it’s not just a matter of the people he killed in a building; that was to cover-up his previous murder, of a 21-year-old whose parents don’t have any closure because her body was never found. It’s a fact that particularly gets to Jason after his own daughter’s kidnapping earlier this season, but how far will he go to make that right?

Knowing where Jodie’s body is, Jason wakes Danny (Jamie Lee Kirchner) in the middle of the night to search the woods, and they find the barrel, using ground-penetrating radar. There’s only one problem, as Chunk (Christopher Jackson) reminds Jason: Nothing that the police find as a result of any privileged information can be used in court. And this comes as they’re pretty sure the jury is about to acquit.

TAC’s only option is to somehow get a mistrial, so they’d have time to figure something out while Rob (Erich Bergen) re-files charges. And so Jason and Chunk go to Judge Steiner (Kathleen Chalfant) to ask her to poll the jurors to find out if they’ve been breaking rules by reading or watching the media coverage about Ed. She agrees to do so. Rob thinks that they’re trying to get a “do-over” because they think Ed will be convicted and confronts Chunk about letting Bull manipulate the system.

However, Ed figures out what Jason is trying to do and refuses to let him win. Instead, he stands up in court and tells the judge he waives his right to poll the jury, trusting them to be fair and impartial. She agrees. Bull realizes that Ed got to the jury somehow, and he’ll get away with murder if TAC can’t figure out something quick. One possible solution is Kristi, who can tell the police what she knows about what Ed has done. However, when Jason tracks her down and tries to convince her to do so, she refuses, pointing out that he won’t break a rule but wants her to risk her life.

Meanwhile, Taylor (MacKenzie Meehan) proposes a solution to Marissa (Geneva Carr) regarding their inability to alert the police to Jodie’s body: She drops a tip that can’t be traced back to TAC about a valuable artifact to treasure hunters, and they find it. It works, but there’s a big problem: The remains were compromised by a chemical agent and can’t be identified.

Upon hearing that news, Jason, who’s blaming himself for letting Ed manipulate him, ends up leaving in the middle of a business meeting with a potential new client, Matthew (Eric Stoltz, who directed the finale), after he comments on TAC’s work with Ed. He thought the guy would be convicted, so they must be miracle workers since Bull says the jury will acquit.

Just after the jurors pass in their ballots, Jason bursts into the room and tells them to stop counting them because “my client is guilty, I did it.” In court, Jason takes full responsibility, insisting that Chunk and their colleagues at TAC had nothing to do with it. “It was my decision,” he says. The judge revokes his courtroom privileges and he is no longer welcome in any courtroom in the city. She declares a mistrial, and yes, Rob will be re-filing charges, so Ed is taken into custody. “You didn’t beat me. I have the jury this time, I’ll have them again next time,” he tells Bull, threatening to sue, as he’s led away. But Jason knows he won’t get away with it and “that ADA, he’s not going to stop until he learns everything you did.”

TAC Looks to the Future

Though Marissa is ready to find any possible loophole to get Jason back into a courtroom, “I’m not going back,” he tells her and Chunk. “You don’t break the cardinal rule of attorney-client privilege and keep working in this legal profession. … The only way for TAC to survive is without me. This was my last case.”

But how does Jason’s wife Izzy (Yara Martinez) feel about her husband making a decision that affects his career like that without talking to her first? He acknowledges the mistake, but he needn’t worry. Not only would she have driven him to the courthouse herself if she’d known, but “you could’ve slit that man’s throat for all I care,” she tells him.

As for Ed, Rob stops by TAC to let Jason and Chunk know that Kristi came forward after hearing what Bull did. The ADA is confident he’ll be able to keep Ed behind bars before the rest of his life. Furthermore, a screw was found with the remains likely from a knee surgery Jodie had, so they should be able to ID her and give her parents closure.

With that, all that’s left to do is say goodbyes and give the members of TAC closure as well. Chunk invites Rob out for drinks, meaning their future together might actually look bright. And as for what everything regarding Bull’s actions means for TAC, Marissa’s going to buy him out, so the company will still be around. But Taylor won’t be leading its cyber division or even part of TAC at all, having decided to move to Hawaii so her son can have both his parents and other family members around. As much as Marissa wants her to stay (and tries to convince her to), she understands.

And then Jason says his goodbyes. While Chunk does have to publicly condemn his former boss’ actions, he is proud to have worked for him. “Mr. Palmer, you’re not just a good attorney, you’re a great attorney,” Jason tells him. Jason saved her life, Danny admits, by giving her this job when she was in a rough place. That puts a lot of pressure on him, given her plan to go mountain climbing, he remarks.

TAC loses out on signing Matthew after news breaks about what Jason does, but Marissa’s not worried, she says. She’ll find another big client. When she tells him that being his partner for the last few months has meant everything to her, he corrects her: “You’ve been my partner for 13 years.” And they both know he needed her more than she needed him. With that, he leaves her with the World’s Best Boss mug.

Then, all that’s left for Bull to do is say goodbye to TAC, and after he leaves his glasses on his desk, he does just that, walking out of the building and past the courthouse, and he keeps going.