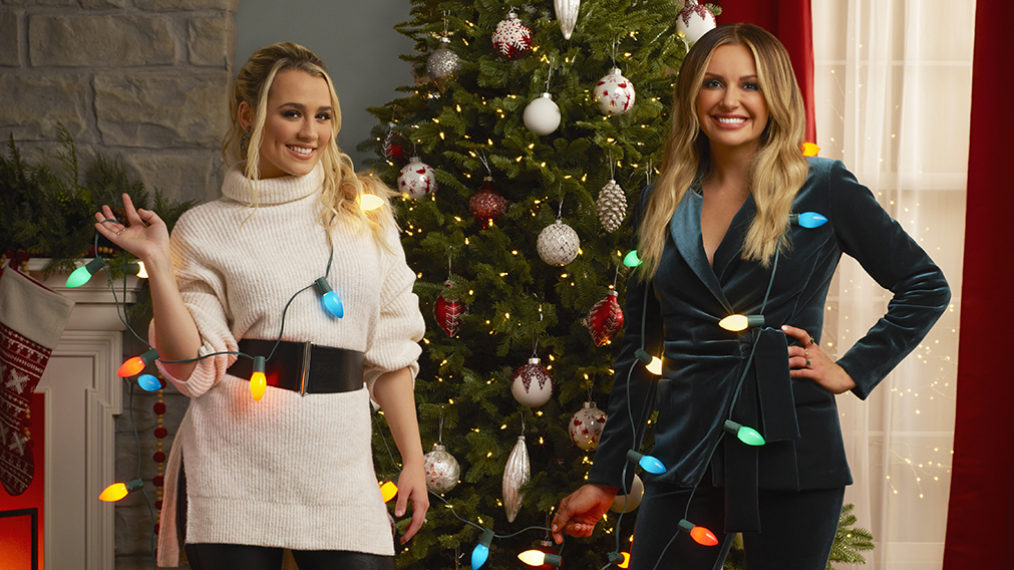 This will be anything but a “Silent Night,” which doesn’t stop co-host Gabby Barrett from singing the beloved carol as part of the 12th annual musical celebration. Co-host Carly Pearce sings “O Holy Night” and joins Barrett on a rendition of “Sleigh Ride” with two young student musicians. Highlights include Carrie Underwood with “Mary, Did You Know?”, Lady A’s “Christmas Through Your Eyes,” Pistol Annies with “Snow Globe” and Jimmy Allen with Louis York and The Shindellas on a rousing version of “What Does Christmas Mean.”

In a preview of a new comedy-variety game show set to premiere on Mondays in January, the coaches from The Voice—Blake Shelton, Ariana Grande, Kelly Clarkson and John Legend—join host Jimmy Fallon in a series of games (inspired by Tonight Show favorites) laced with music. They’ll participate in rounds including “Wheel of Impossible Karaoke,” “Vinyl Countdown” and “Slay It, Don’t Spray It.”

What is it with sinkholes and downtown Los Angeles? Let’s hope no one ends up in a situation as mind-numbing as NBC’s La Brea when Bobby (Peter Krause) leads the 118 crew to the site of a massive sinkhole that opens after the eruption of an abandoned oil well.

The Black Pack: We Three Kings

In an homage to the Rat Pack, three versatile performers—All American’s Taye Diggs, Grammy-winning singer Ne-Yo and R&B singer/songwriter Eric Bellinger—team up to form The Black Pack with holiday music and comedic banter on the agenda for their inaugural special. They’re joined by singer-songwriters Tank and Sevyn Streeter for a new twist on old-fashioned Christmas revelry.

And Just Like That – Season 1 – Open Discussion + Poll *Updated 20th January 2022*
Danielle Busby Celebrates Birthday Again, Why?
‘Outlander’: Religious Differences ‘Cause Conflict’ for Jamie in Season 6
This Is Us – Episode 6.04 – Don’t Let Me Keep You – Promo
USD POLL : Is there a scene from a favorite TV show that you will watch over and over?
Follow us on Facebook
Follow us on Twitter