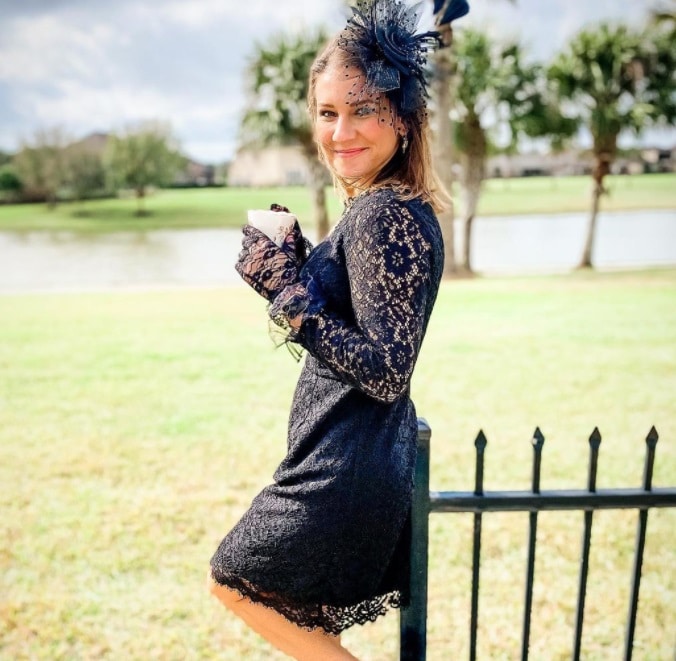 Danielle Busby is a Christmas baby celebrating her birthday just days before Christmas on December 23rd. The OutDaughtered mother celebrated her 38th birthday a month ago. Uncle Dale Mills, her brother-in-law, posted a pretty bizarre video clip on his Instagram wishing her a happy birthday. Fans also recall she flaunted how good 38 looked on her by rocking a seriously sexy tiny black dress.

Danielle Busby took to Instagram to announce she was finally getting to celebrate he birthday. The OutDaughtered mom made the announcement with a photo featuring herself with all of her close friends and family members. There were lots of parents, but no children in sight suggesting this was very much an adult party.

With the biggest head out front (and off to the side a bit) it appeared as if Uncle Dale Mills snapped the photo of everyone celebrating Danielle’s birthday. In the comments of the photo, Uncle Dale even admitted he looked like a “weirdo” in the photo.

In response to Uncle Dale’s comment, Danielle Busby said “you’re welcome” for her role in making him look like a weirdo. Someone else responded noting Uncle Dale made it incredibly difficult not to laugh at the photo of the group enjoying Danielle’s birthday.

For the most part, Danielle Busby received nothing but love and support from fans as she celebrated he birthday once more. There was, however, one frustrated fan who pointed out this was a “super spreader event” for the family. Danielle Busby did have fans rush to her defense noting variations of she and her friends should not be afraid to continue to live their lives.

Do you think being a mother to six beautiful girls and having a Christmas birthday made it difficult to celebrate on her actual birthday? Share your thoughts on Danielle Busby’s belated birthday celebration with us in the comments. And, keep coming back for the latest on the OutDaughtered.

Carlin Bates & Evan Stewart Celebrate Very Special Day
‘MBFFL’: Whitney Way Thore Turns Down Multiple Marriage Proposals?
Josh Duggar of ’19 Kids and Counting’ Sentenced to 12 Years in Prison for Child Pornography Conviction
POLL : What did you think of Chicago PD – You And Me?
This Is Us – Miguel & Family Meeting – Double Review: Home
Follow us on Facebook
Follow us on Twitter