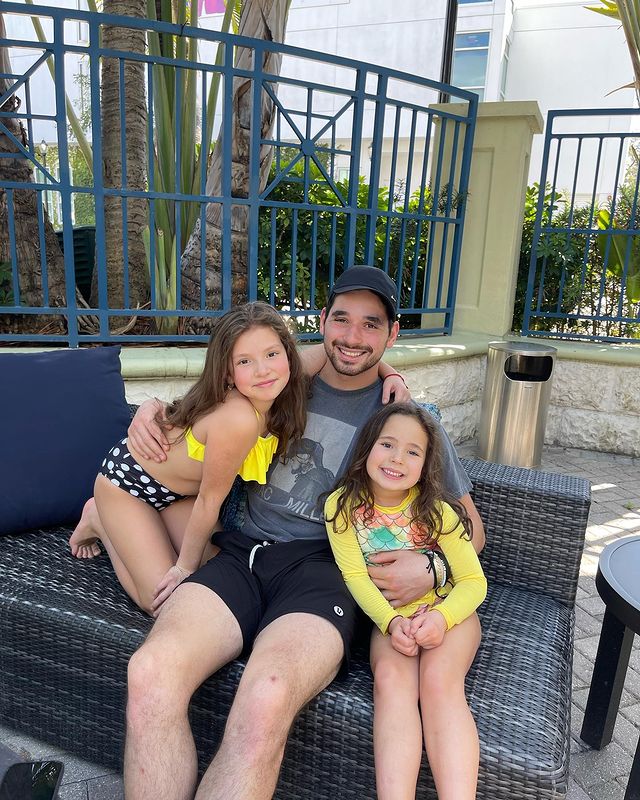 Dancing With The Stars just wouldn’t be the same without Alan Bersten. The pro dancer one his very first Mirrorball Trophy in Season 28 with Bachelorette star Hannah Brown. Last year he made it into the finale and finished in 4th place with talk show host Amanda Kloots. Fans can’t be sure whether or not he will return for Season 31 in the fall, but everyone really hopes he will.

But today, Alan celebrated a very special birthday. Keep reading to find out how old he turned.

Alan Bersten is nearing the end of his 20s… But how old is he this year?

Fans that follow Alan Bersten on Instagram know that he’s a pretty big family man. He isn’t married and doesn’t have kids of his own yet. But he really loves spending time with the children in his family. Hopefully he got to spend some time with his loved ones on his special day.

But today is Alan Bersten’s birthday. The professional ballroom dancer was born on May 26, 1994 — which means he is turning 28 years old today.

“It’s my birthday!!!! I just hope everyone has a good day today ❤️🙏🏼” the birthday boy posted on Instagram. His fans and fellow dancers left him happy birthday wishes in the comments section.

No matter who Alan spent his birthday with, it sure seems like he had a lot of fun.

The dancer voices his opinion on the DWTS Season 31 shakeup

Dancing With The Stars is shifting platforms this fall. Instead of its usual Monday night timeslot on ABC, the show will now live stream on Disney+. A lot of fans aren’t very happy about the decision, but it seems like the cast and crew are trying to make the most out of the situation.

Alan Bersten likely doesn’t yet know if he’s returning in the fall, but he praised the decision to move the show to Disney+.

“Streaming is taking over the world and Disney is such an amazing platform. I don’t know much about numbers but they have surpassed 130 million subscribers in only two or three years!” Alan told HELLO! “I also think it will be amazing to be the first live show on a streaming platform, and our west coast fans will be able to vote for the first time when it actually matters. Before it was like, ‘just vote for me, trust me, we’ll be good,’ so it feels inclusive to everyone.”

Do you hope that Alan will make it back in the fall? Be sure to let everyone know what you think in the comments. And if you follow Alan on social media, don’t forget to give him a happy birthday shout-out.