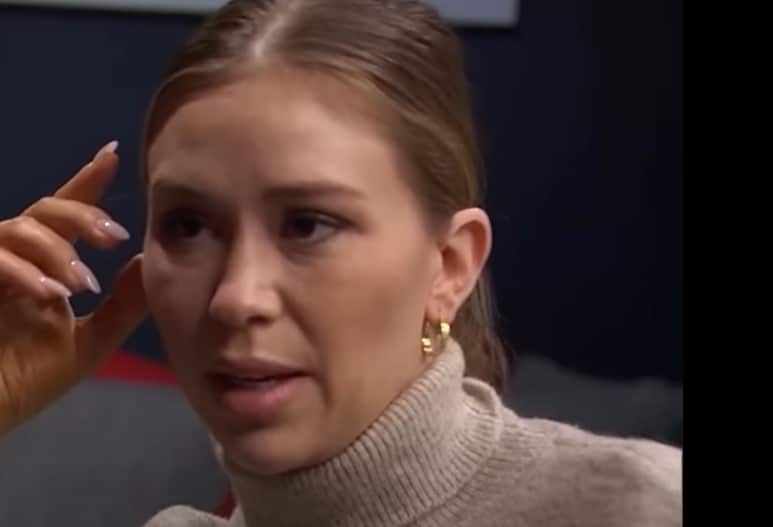 Every season of The Bachelorette fans choose which men they really want to see the lead with. Gabby Windey and Rachel Recchia are no different. Plus, with choosing their favorites fans looks for clues, anything that may indicate their favorite guy won the girl. Now, a picture has emerged on Gabby’s Instagram that has everyone talking. Did she just give a huge hint about her final rose winner? Keep reading to find out more.

There have been two pictures posted over the past week that really has fans talking. One was posted by Gabby Windey on Instagram. The photo was of her sitting and sipping a cup of coffee or tea. She is wearing a brown jacket and also wearing a beret.

Gabby captioned the photo saying, “This little piggy went oui oui oui.” Fans started commenting immediately saying this must prove who she picked. Even Jesse Palmer commented saying, “Is that the beret from your date in Paris… 😏”

Of course, Gabby had a date with Jason Alabaster in Paris. He also posted a photo on Instagram of himself and Gabby on their date in France. His caption said, “We’ll always have Paris.”

So far, Gabby is down to her final three men. She has Johnny, Jason and Erich. She decided she wasn’t ready to meet a fourth man’s family.

Fans feel like Jason could be a perfect match for Gabby. What do you think?

According to his ABC bio, Jason Alabaster is 30. He is an investment banker in Santa Monica, California. The bio goes on to say, “Jason is a relationship kind of guy. He loves love and is ready to find a woman with whom to laugh and grow through life.” The bio continued, “He is never the loudest guy in the room, yet still somehow has an undeniable presence about him. He loves to surf, dance and play tennis. Jason is looking for a woman who is adventurous, trustworthy and down to enjoy a few drinks while the sun sets. He values authenticity and says that when he finds the one, the vibes will tell him all he needs to know. Gabby and Rachel, you hear that?? GOOD VIBES ONLY!”

He also enjoys taking tours of historical homes and loves to stargaze. Another side note, he hates Coca-Cola.

Who do you think will win Gabby’s heart this season? If you want to know the spoiler for the final rose click here.