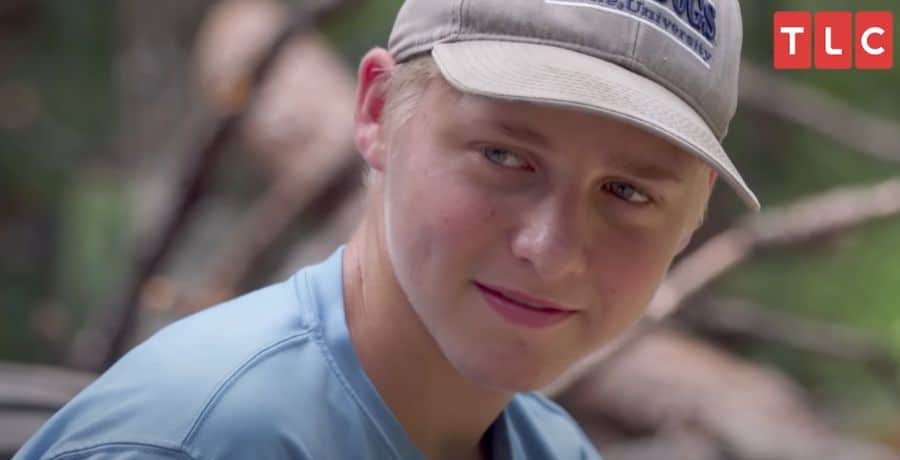 Welcome to Plathville star Isaac Plath is growing up quickly. He already seems to be doing well in life, and fans are often impressed by how far he’s come.

He hasn’t had a great chance to be in the spotlight on his family’s TLC show yet. Most of the focus has been on the drama with his parents and older siblings. But on social media, he’s branching out and accomplishing big things.

He is the sixth child and third son of Kim and Barry Plath. He has three older sisters, Hosanna, Moriah, and Lydia, and two older brothers, Ethan and Micah.

His latest social media post got fans talking about the wonderful things he’s already done. He excitedly shared with fans that he got to spend some quality time with his sisters. You can check out the cute photos below, featuring Moriah and Amber.

He wrote, “So happy to get to spend time with my sisters 😄🖤♥️”

In the comments sections of his social media posts, Isaac Plath typically gets quite a bit of love from fans. One fan said, “You seem to be level headed and calm in a chaotic storm. Your folks are lucky to have you.”

Others are applauding him and his wonderful personality.

In the screenshot below, you can see one fan gushing over him. The second comment is from a fan questioning whether he’s single. So, he seems to be doing pretty well for himself.

Fans are admiring Isaac Plath’s charm and good looks. They think he’s very talented and has a bright future, including a career as a pilot. One fan told him that it’s great to see him doing what he loves. You can check out that post here.

At this point, the future of Welcome to Plathville is unknown. If the show returns to TLC for a fifth season, viewers will have the opportunity to watch Isaac continue to grow up. But many fans already follow Isaac on social media and enjoy seeing what he’s accomplishing.

So, are you amazed by how quickly Isaac Plath is growing up? Do you think he already has it all? Sound off in the comments section below, and come back to TV Shows Ace for more news about the Plath family.

Jaicy Elliot Talks Hallmark Original Romance in Style, Body Positivity, and Learning from the Best
The CW to Get New Owners as Nexstar Secures 75 Percent Stake in Network
‘The Young And The Restless’ Confirms Key Character Recast
‘The White Lotus,’ ‘The Resort’ & More Hotel-Set TV Shows to Watch
Kylie Jenner Teases Trolls With Snapshot Of Her Son
Follow us on Facebook
Follow us on Twitter