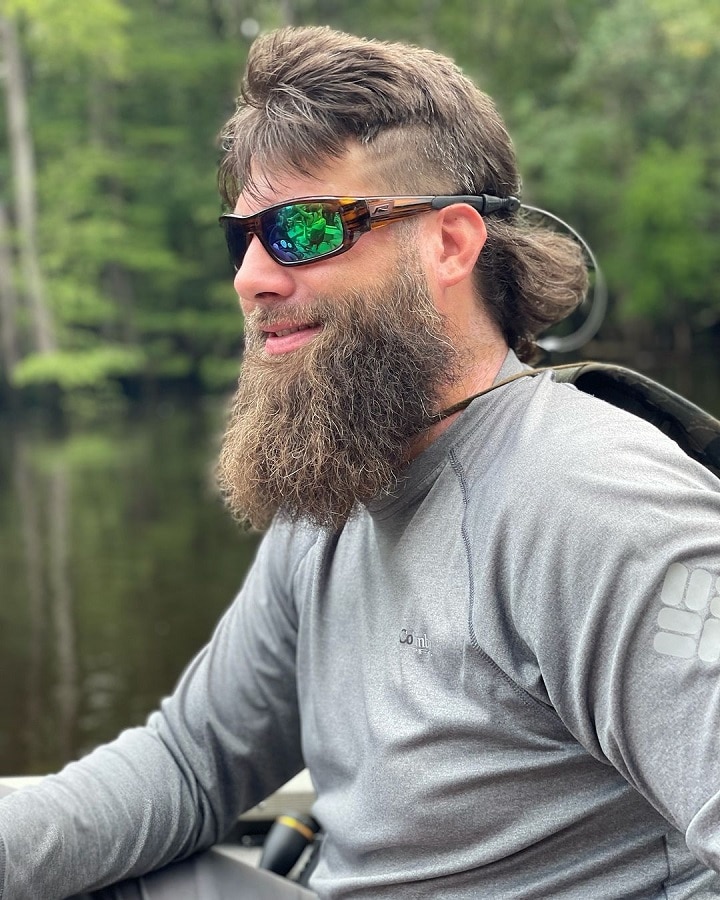 It didn’t take long for Teen Moms fans to roast Jenelle Evans’ husband David Eason once again. They mocked him for his “trash bag” look. Jenelle causes controversy, especially when it comes to her marriage. The fans often drag her for her messy home, dancing videos, and dirty laundry.

This time, the focus was on her hubby David Eason. Fans teased his looks in a new Reddit thread. It all started when one fan posted a before-and-after photo of David. They claimed he transformed into a “trash bag” over the years. Fans want to know why his looks fell and what caused it to happen.

On Monday, January 24, one Teen Mom fan took to Reddit to share a throwback photo of Jenelle Evans’ husband at an event. At the time, he was clean-shaven and a sharp dresser. They included a recent photo of David with his bushy beard and messy hair, which he’s known for today. He wore a gray plaid shirt over a gray T-shirt.

The fan claimed he got the wrong kind of “transformation.” Instead of getting a glow up, David got a glow down. It’s like looking at two different men. See the photo here for yourself and tell us what you think.

The user titled the thread: “How did this…turn into this?! David is a trash bag regardless, but still. Talk about transformation.”

Jenelle Evans’ husband was called out for his ugly looks. Some people compared his old hair and facial hair to the style that he has now. They think his lack of grooming is why he looks like a “trash bag” these days. Some even went as far as to say that David’s head looks like a pear.

Jenelle Evans and David Eason were an attractive couple

Some Teen Mom fans think Jenelle Evans and David Eason made for an attractive couple when they were younger. Once the couple moved to their new home, their style dramatically changed. They thought they had to embrace the look of living in the great outdoors. Literally. One fan noted it’s like “they completely changed lifestyles.”

Other fans think Jenelle Evans and her husband lost their looks along the way. Or, they just don’t care to look like the rich and famous anymore. When they were on Teen Mom, they were more into their looks. Now, that they’re no longer on reality TV, they don’t feel that pressure from the entertainment industry.

Check back with TV Shows Ace for more news on Jenelle Evans.

Hacks – Season 2 – Open Discussion + Poll *Updated 26th May 2022*
This Is Us – Day of the Wedding & The Night Before the Wedding – Double Review: Fated
’90 Day Fiance’ alum Deavan Clegg announces Jihoon Lee divorce has been finalized
‘Grey’s Anatomy’ Season 18 Finale Is a Mass Doctor Exodus (RECAP)
The Daily SpoilerTV Community Open Discussion Thread – 26th May 2022
Follow us on Facebook
Follow us on Twitter