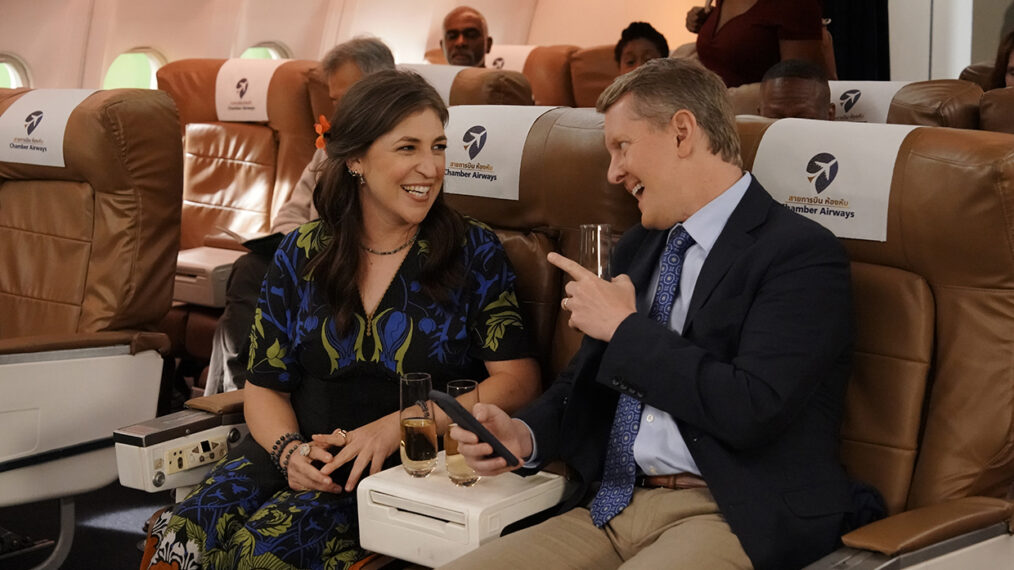 “Anything can happen,” Kat (Mayim Bialik) said at the end of the May Season 2 finale of Fox‘s Call Me Kat.

After a breakup and a rent hike on her Louisville cat café sent her into panic attacks, she finally put herself first and took a trip to Paris to figure out what she wants out of life. As the comedy’s third season opens, the answer is…to chat up a sleepy Ken Jennings, who’s seated next to her on the return flight.

“It is very, very funny,” Bialik promises of her fellow Jeopardy! host’s cameo.

Once home, Kat tries to balance her needs with those of loyal pals Randi (Kyla Pratt) and Phil (Leslie Jordan), who’ve been running the café for months. And she reconnects with best friend Max (Cheyenne Jackson), with whom she’s shared ill-timed kisses in the past (and also in her dreams in Paris!). His songwriting stint in Nashville was a success.

This is an excerpt from TV Guide Magazine’s 2022 Returning Favorites issue. For more first looks at fall’s returning shows, pick up the issue, on newsstands now.