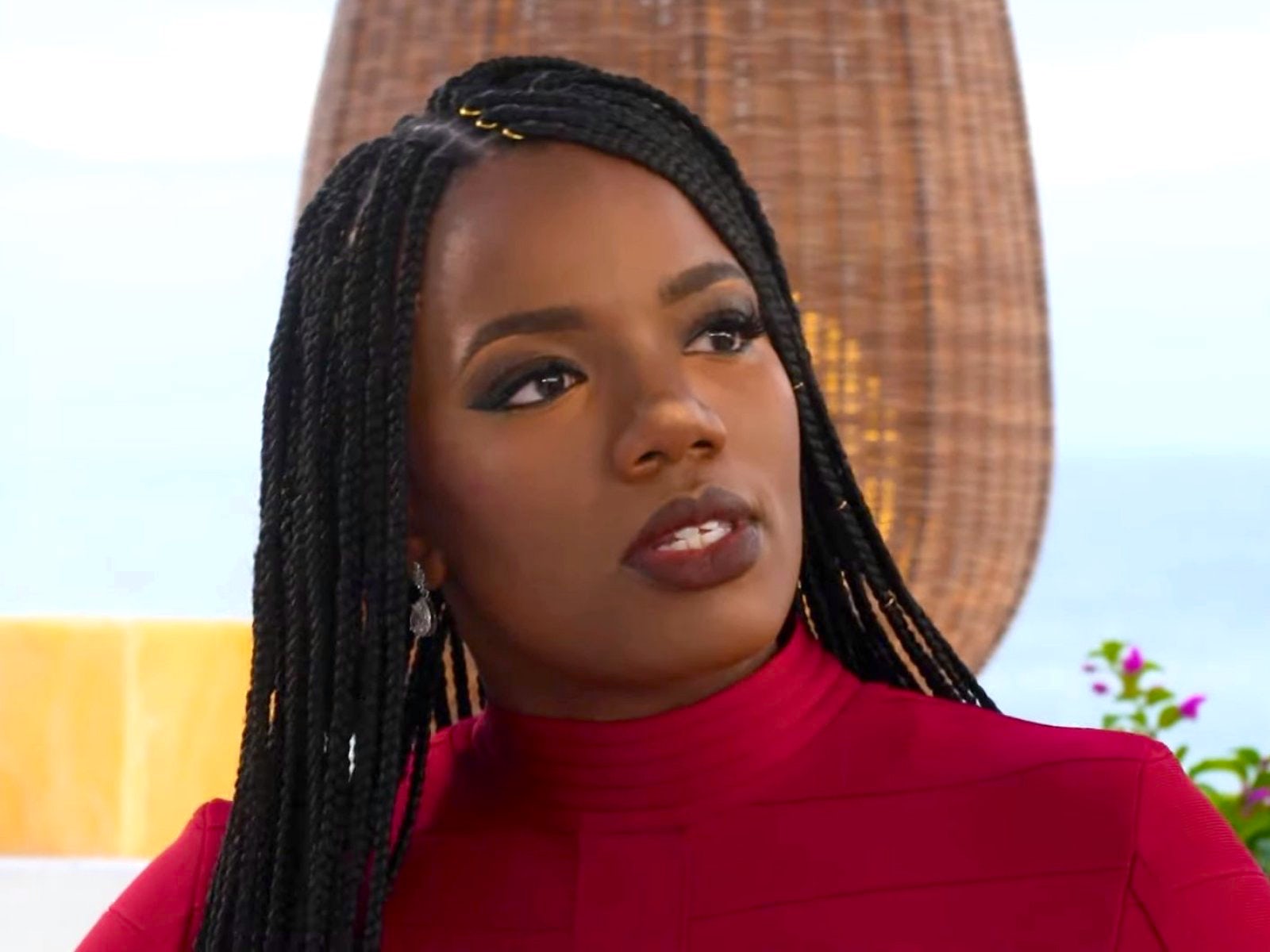 Alexis, a 29-year-old logistics specialist, and Justin, a 33-year-old digital marketing specialist, were matched for matrimony on Married at First Sight’s fifteenth season.

Alexis and Justin began struggling in their marriage after moving into a San Diego apartment together post-honeymoon, and on the show’s latest episode, the couple got into a disagreement over Alexis’ desire to see her friends and party once a week.

Justin felt abandoned and accused Alexis of wanting to live the single life, and he said she wasn’t treating him like a top priority.

Meanwhile, Alexis felt “smothered” and said she was tired of it being her “husband’s way or the highway.”

On the September 21 episode of Married at First Sight: Afterparty, Alexis watched back a Season 15 clip of one of her counseling sessions with Justin.

“What I have an issue with is that she goes to the club every weekend,” Justin tells psychologist and sex therapist Dr. Pia Hole in the clip. “And I say, ‘Hey, baby, you don’t have to stop, but there can be a balance.'”

“That’s extreme for somebody to want to be with somebody 24/7 who was a stranger two months ago,” Alexis explains.

When Pia asks Alexis if she’s ready to be married to Justin, in particular, Alexis admits, “Uhh, I don’t know. I don’t think so.”

“What I meant, let me clarify, was if we continue on this path and, just, this torment with each other, I don’t think I’m ready to continue this,” Alexis explained.

“I do feel sorry that I said it in that moment, but you know, I just wanted to be heard.”

Alexis said she spent “a lot of time” with Justin.

“But I asked him for one hour — no, two hours, once a month — to spend with my friends, and that was still too much.”

Alexis’ MAFS co-star Stacia Karcher also appeared on Afterparty and gave her thoughts about Alexis wanting to go out with her friends every weekend.

“I see it from both sides, because I’m like Justin. I’m always in the house,” Stacia shared. “And [Nate Barnes] always wants to kind of go out. But I still want him to have the freedom to go out and still be an individual.”

“I don’t want every interaction outside of the house to be with me attached to him,” she added.

Given Stacia could relate to Justin, Keshia asked how she felt about Justin turning down Alexis’ offer to join her at the club or at an outing with her friends.

Alexis also pointed out how Justin didn’t have any friends in their San Diego area.

“So I’m his only friend because if he was with his boys or doing something else, I’m sure he wouldn’t mind,” Alexis said.

On Married at First Sight’s latest episode that aired last week, Alexis said Justin was acting “controlling and manipulative” in his attempts to keep her home with him.

“So that is an overwhelming and frustrating situation…. If this is a dealbreaker, I am sorry, [but] I cannot commit to being with somebody 24/7. I need some of that independence back,” Alexis told her husband.

Justin said he wasn’t willing to be someone’s option because he’s a catch, especially since he had made sacrifices for Alexis, such as re-homing his beloved dog Maya.

But Alexis insisted she was putting in her best effort and felt exhausted and strained mentally. The pair also hadn’t consummated their marriage yet.

Alexis admitted that she felt “isolated, alone, unheard and dismissed” by both Dr. Pia and Justin. Alexis said the allegation hanging out with her friends for two hours every week makes her “an unfit wife” was “obscene.”

Justin then shared how it really hurt his feelings to hear that Alexis wasn’t ready to be married to him. Alexis apologized, genuinely, but Justin took his wedding ring off because of that comment.

Justin later told Alexis that he genuinely felt she wasn’t ready to be married and he was questioning their marriage.

“My love still hasn’t changed for you… I am just cautious as f-ck now,” Justin confessed.

Alexis told the cameras, “If this man don’t think I’m ready to be married, maybe that’s not the man I should be married to.”

Alexis said she missed her super fun relationships filled with passion in the past and Justin was very sensitive and defensive, and Justin lamented to his friends about how Alexis didn’t act like she was attracted to him.

Following an argument with two weeks to go until Decision Day, Alexis said she never pictured marriage being like this and she thought it was going to be more fun, with the spouses being teammates.

“We’re just different. Where do we go from here?” Justin asked.