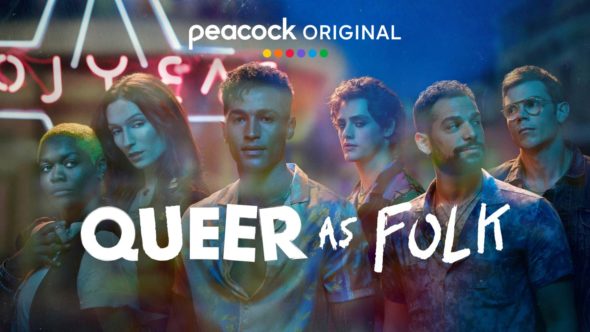 The reboot of Queer as Folk won’t have a second season. The Peacock series, which launched in June, has been cancelled after eight episodes.

Stephen Dunn created the reboot and served as an executive producer. He broke the news of the cancellation via Instagram and wrote:

It’s a rare gift in these times, and in this country, to be able to make a show as fearless and unapologetic as ‘Queer As Folk’. This experience changed our lives forever and we’re so grateful to have found this incredible new family. But today we received the disappointing news that we’re not getting a second season. We know how much it’s meant to the fans and while we’re heartbroken we won’t get to make more episodes, we wanna thank everyone for watching and falling in love with Brodie, Mingus, Ruthie, Noah, Shar, Julian, Daddius, Bussey, Marvin, Judy and Brenda. We’re so grateful for the chance to honor our community and are so proud of this show. #QueerAsFamily

Members of the cast have shared their thoughts about the cancellation:

What do you think? Did you enjoy the reboot of Queer As Folk on Peacock? Are you disappointed that there won’t be a second season?