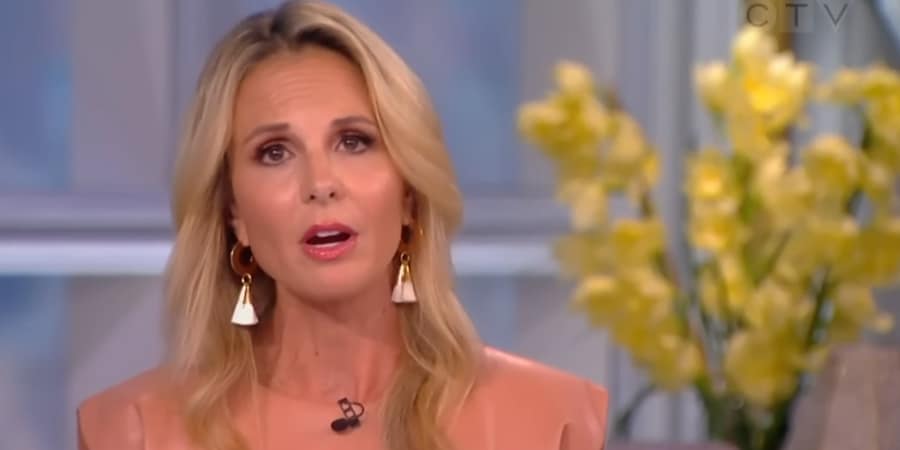 Rosie O’Donnell watched Elisabeth Hasselbeck’s return to The View this week and she was not impressed.

After Hasselbeck came back and took part in a guest spot on The View, O’Donnell admitted she missed the appearance. However, she went to Apple TV and watched the episode after the fact and she had nothing nice to say about her former co-host.

Rosie O’Donnell took to TikTok to let fans know what she thought of Elisabeth Hasselbeck’s return to The View. O’Donnell worked with Hasselbeck on The View from 2006-2007 and the two constantly clashed. It sounds like O’Donnell still doesn’t hold Hasselbeck in a positive light.

“Okay, so I prepared myself. I got ready to watch Elisabeth Hasselbeck on The View,” O’Donnell said in the video. “She’s not on today. She was on yesterday. So I missed it. But, then I went back on The View on my Apple TV or whatever, and I watched it from yesterday… And I remembered why I don’t wanna watch it with her anymore. Her little Post-it Notes… I don’t know. Listen, it’s strange. Hope you’re having a good day, and if you saw that yesterday, hope you recovered.”

O’Donnell wasn’t the only person to mention these Post-it notes. Joy Behar also pointed out the tendency of Hasselbeck to bring her own Post-it notes to the show to make sure she didn’t miss anything. This came after Hasselbeck called out President Joe Biden on the show. It also came after Dr. Jill Biden said she uses Post-It notes in her kitchen.

“You know who’s the queen of Post-Its? Elisabeth Hasselbeck. They were all over her office. I thought you were wallpapering your room,” Behar said, to which Hasselbeck said that she could loan some to Dr. Biden to give to her husband. This was likely why O’Donnell brought up the Post-it Notes in her TikTok video.

Rosie O’Donnell was only a co-host on The View for eight months, while Elisabeth Hasselback was on the show from 2003 to 2013. Most people believe that O’Donnell quit because of her inability to get along with Hasselbeck. The two always disagreed, with Hasselbeck a staunch conservative and O’Donnell more liberal-based. They had a major blow-up while discussing the Iraq War and it was shortly after that when O’Donnell left the show.

However, O’Donnell later said that she left the show because she wanted to “minimize” the stress in her life after she suffered a heart attack and left her wife, Michelle Rounds. It turned out that it wasn’t her feud with Hasselbeck that caused her to leave, but a feud with Whoopi Goldberg, saying, “Whoopi Goldberg was as mean as anyone has ever been on television to me, personally—while I was sitting there. Worse than Fox News. The worst experience I’ve ever had on live television was interacting with her.

What did you think of Elisabeth’s appearance? Let us know in the comments.

Shawn S. Lealos has been a freelance writer for 25 years, starting with magazines and newspapers before moving to the internet. He has been published in Inside Sports Magazine, The Daily Oklahoman, and Oklahoma Gazette and websites such as Chud.com, 411mania.com, Sporting News, CBR, ScreenRant, and more. Shawn is a voting member of the Oklahoma Film Critics Circle and a former member of the Society of Professional Journalists. He is also a published author. You can follow Shawn on Twitter at @sslealos.

Tom Holland Says Hello & Goodbye As He Walks Away
Nadya ‘Octomom’ Suleman Shares Octuplets’ Back-To-School Pic
Carlin Bates Shows Appreciation For Evan Amid Health Issues
Benjamin Hollingsworth Reveals Why ‘Romance in Style’ Was an Easy Yes
NBA 2022-23 Schedule: What Are the Games You Won’t Want to Miss?
Follow us on Facebook
Follow us on Twitter