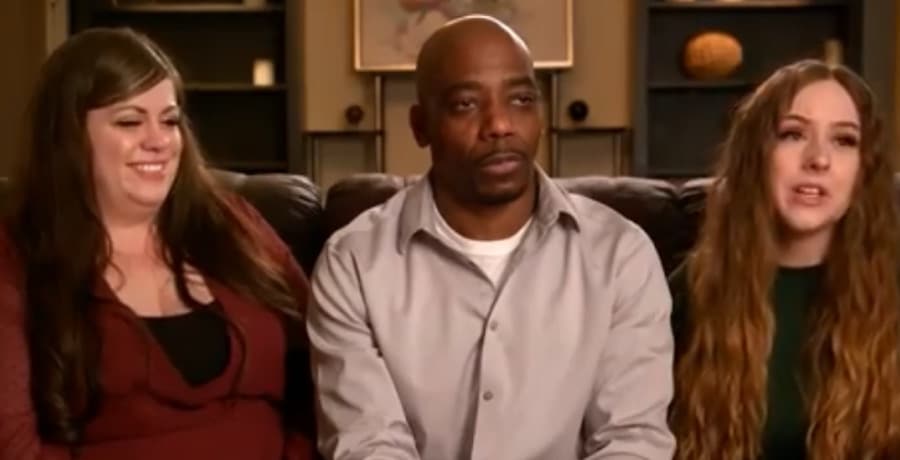 Seeking Sister Wife introduced viewers to the Davis family this season. They had a very interesting dynamic, one that fans did question. Now, they have a big announcement to make in the upcoming episode. One of the two wives is pregnant. Yet which one is it and how will this affect the courting process? Read on for all of the details.

This is a quirky trio, to say the least. Nick Davis has been with April for over a decade and has helped raise her son alongside her. Though he is not the biological father, he looks at the boy as his own. A little over four years ago, she met Jennifer at work. The two clicked really well so she introduced her to Nick. It was believed that they would work extremely well in a plural relationship and, in fact, they did. The three of them wanted to get married but that is not something that is legally recognized. Therefore, Jennifer and April tied the knot but took Nick’s last name to bond the family.

What has made viewers shake their heads is the fact that Nick does not work. In this family, the women are the breadwinners while he is a stay-at-home father. His other job, aside from that, is to think. Yes, that is it. Fans felt that it was unfair and that Nick could up and leave whenever he wanted to. More so, he was taken care of completely in the home. From the beginning of Season 4, the family was courting Danielle and they were actively looking to take her in. They did have some qualms since she is only twenty-two but she seems ready and raring to go. Recently, news broke that they bought a bigger home so it was believed it was for Danielle. Now it looks like it was for another little lady.

According to People, the Davises are expecting a baby girl. This will actually be revealed in the next episode of Seeking Sister Wife. The one subject the wives had been talking about with Danielle was expanding the family. April admitted she had thought about having more children but they did want children in the house. That wish has come true as Jennifer is the lucky soon-to-be-mama. Since April’s son is from a previous relationship, this will be Nick’s first biological child.

As for the mother-to-be, it is a shock to the system. “I never thought I would see myself as a mother, or wanting kids or having kids or anything like that. But coming into this situation and the love that I developed for Nick, this is the love I want to have a baby with.” They have also made sure Danielle is extremely included in the journey, as well. This obviously could make or break how she feels about the family since it is a lot very fast.

Congrats to the growing family. Watch the reveal when Seeking Sister Wife airs Monday on TLC.

A Friend of the Family – First Look Promotional Photos
11 (Potential) New Couples We’re Most Excited for in the 2022-2023 Season
‘The Kane Chronicles’ on Netflix: Everything We Know So Far
Days of Our Lives Spoilers Week of 8-15-22: Alex’s Controversial Date
The Patient – Episode 1.04 – Company – Press Release
Follow us on Facebook
Follow us on Twitter