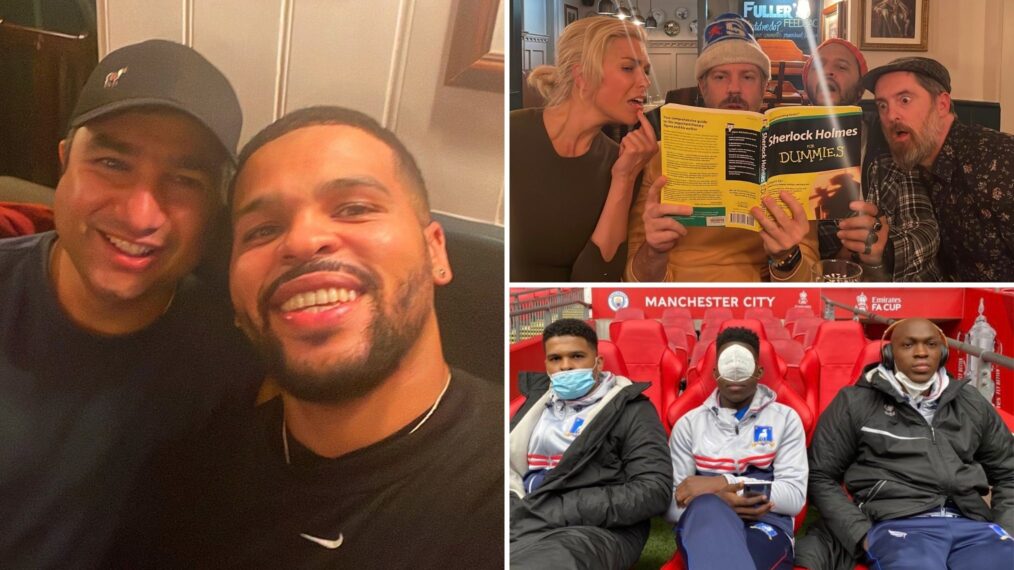 Ted Lasso‘s third season may not arrive for quite some time, but the stars and writers behind Apple TV+‘s heart-stealing and award-winning comedy are already hard at work putting it together for fans.

Thankfully, they’re also documenting the process by sharing some stellar snapshots as they gear up for filming. Whether it’s Jason Sudeikis and Brendan Hunt proving to be pals like their onscreen counterparts Ted and Coach Beard, at local sporting matches, or group dinners with the stars, this cast knows how to have fun.

While we await Season 3’s arrival which will hopefully provide some resolutions and answers following Season 2’s cliffhanger with Nate’s (Nick Mohammed) betrayal of Ted and the rest of the AFC Richmond team, we’re rounding up some of these awesome sneak peeks at their time in production. Below, scroll through the photos shared by stars and fans as Sudeikis and crew do what they do best: win at TV comedy.