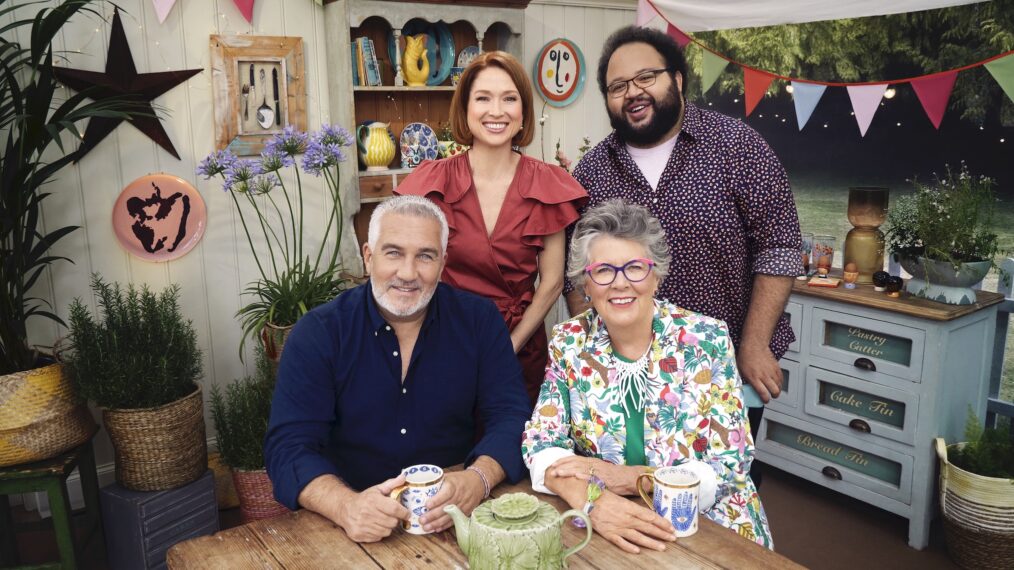 On your marks, get set, bake!

In the Roku Original series, Kemper and Cherry will take audiences into the iconic tent to watch contestants vying to become America’s next top baker. The premiere season will feature six 60-minute episodes and will debut in 2023. Production is currently underway in the UK.

“We could not ask for a more perfect duo than Ellie and Zach to co-host The Great American Baking Show. Our adaptation of the iconic series will continue to dish out the enduring warmth and humor that fans of the Baking Show universe love, with a twist that we know Ellie and Zach will deliver,” said Brian Tannenbaum, Head of Alternative Originals, Roku. “The passion that fans have for this franchise is unmatched, and we’re so honored to kick off production with Love Productions USA to bring The Great American Baking Show exclusively to The Roku Channel.”

Most known for playing Erin in The Office, Kemper recently appeared in Home Sweet Home Alone on Disney+. Prior to that, she starred in Tina Fey‘s Netflix comedy Unbreakable Kimmy Schmidt, for which she earned two Emmy and two SAG Award nominations. She also starred in Live In Front Of A Studio Audience: Norman Lear’s All In The Family for ABC. She’ll be seen in Vicky Wight’s Happiness For Beginners debuting on Netflix later this year, opposite Luke Grimes.

Cherry recently starred in the Emmy-nominated Severance Season 1 at Apple TV+. He was also a series regular on Fox‘s Duncanville and can be seen in the Roku Original series Most Dangerous Game opposite Liam Hemsworth and Christof Waltz. He most recently recurred in HBO’s Succession, Living With Yourself and YOU on Netflix, and was a series regular on NBC’s I Feel Bad.

Executive producers for The Great American Baking Show are Richard McKerrow, Al Edgington, Joe LaBracio, Jeremy Finn, and John Hesling. Love Productions USA is developing the series for U.S. audiences. The studio develops and produces unscripted competition formats and award-winning documentary series for network, cable, and premium streaming services. It is a division of the UK-based Love Productions, which operates under the SKY umbrella, with a portfolio that includes The Great British Bake-Off, The Great British Sewing Bee, and The Great Pottery Throw Down.