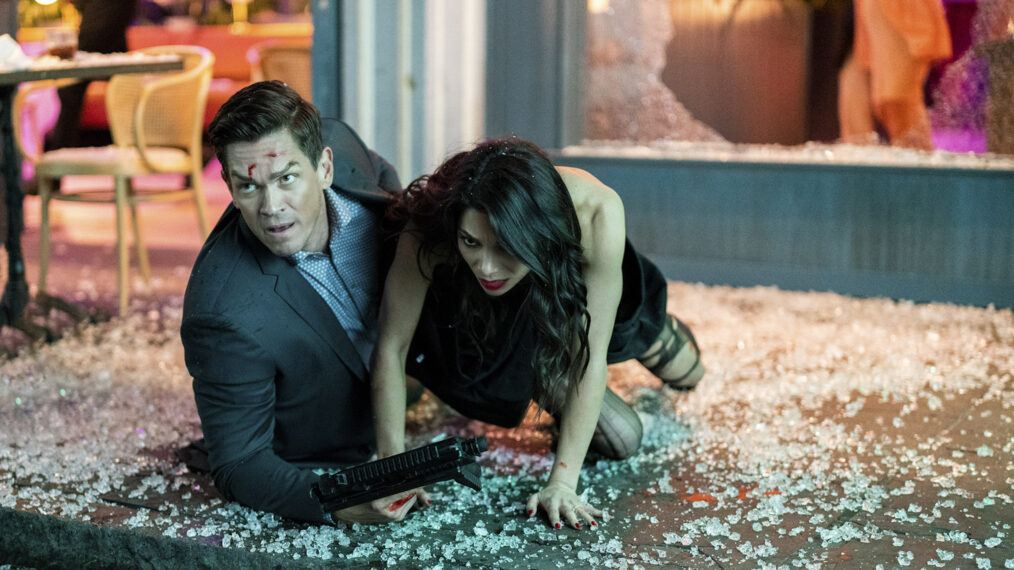 The day after the network picked up three dramas to series, it’s ordered a fourth. The True Lies TV adaptation with Steve Howey and Ginger Gonzaga — Arnold Schwarzenegger and Jamie Lee Curtis starred in the 1994 film from James Cameron — has been ordered to series. Check out the first photo of Howey and Gonzaga above.

In True Lies, shocked to discover that her bland and unremarkable computer consultant husband is a skilled international spy, an unfulfilled suburban housewife is propelled into a life of danger and adventure when she’s recruited to work alongside him to save the world as they try to revitalize their passionless marriage. It also stars Erica Hernandez, Omar Miller, Mike O’Gorman, Annabella Didion, and Lucas Jaye.

This news comes after CBS ordered East New York, following the newly promoted deputy inspector of the working-class neighborhood at the edge of Brooklyn and the officers and detectives she leads; Fire Country, about a program that has inmates working aside elite firefighters to extinguish massive blazes in California; and So Help Me Todd, about a talented but directionless P.I. who works as the in-house investigator for his overbearing mother.