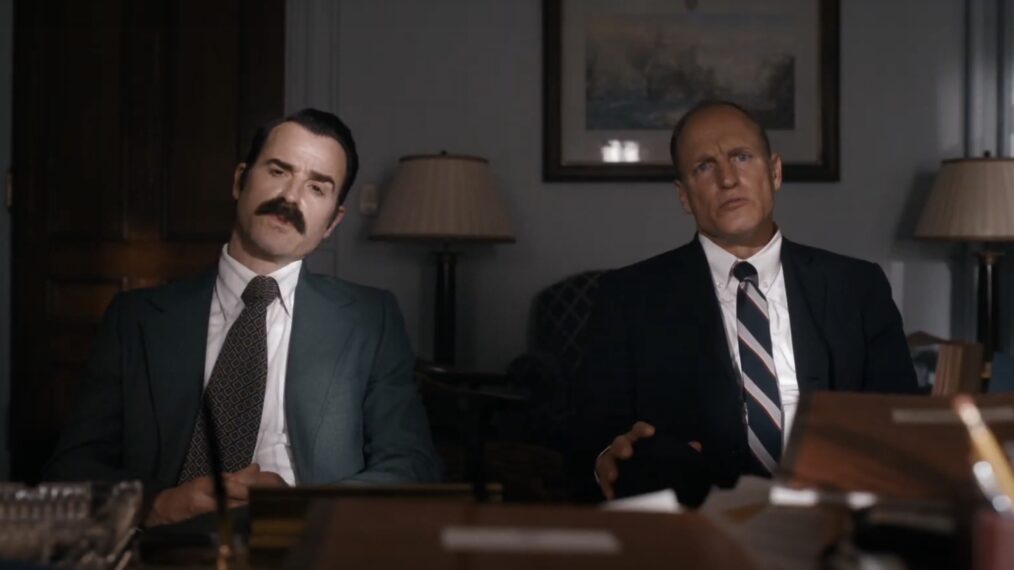 Watergate comes to TV once more in White House Plumbers.

HBO shared the premiere date and first teaser on Friday, December 9, showing Woody Harrelson (True Detective, Cheers) and Justin Theroux (The Leftovers) as the men who would inadvertently kick Richard Nixon out of 1600 Pennsylvania Ave.

White House Plumbers, premiering in March 2023, tells the story of how Nixon’s own political saboteurs and Watergate masterminds, E. Howard Hunt (Harrelson) and G. Gordon Liddy (Theroux) accidentally toppled the presidency they were zealously trying to protect. It’s based in part on public records and the book Integrity by Egil “Bud” Krogh and Matthew Krogh. Egil is played by Rich Sommer (Mad Men) in the series.

“Gentlemen, the President needs men of action,” Gleeson’s Dean tells Hunt and Liddy in the teaser above. “Your new mission is to make sure he wins this election.” Harrelson inquires what that entails, and the truth comes out. “Sabotage, espionage, infiltration, bare-knuckle tactics. Same s**t they do to us every election,” Gleeson replies.

Hunt and Liddy are then planted as White House employees and warned of getting caught. Harrelson chuckles at the thought, but we all know what’s in store. Check out the tongue-in-cheek teaser above to get a glimpse into Harrelson and Theroux’s wry pair.