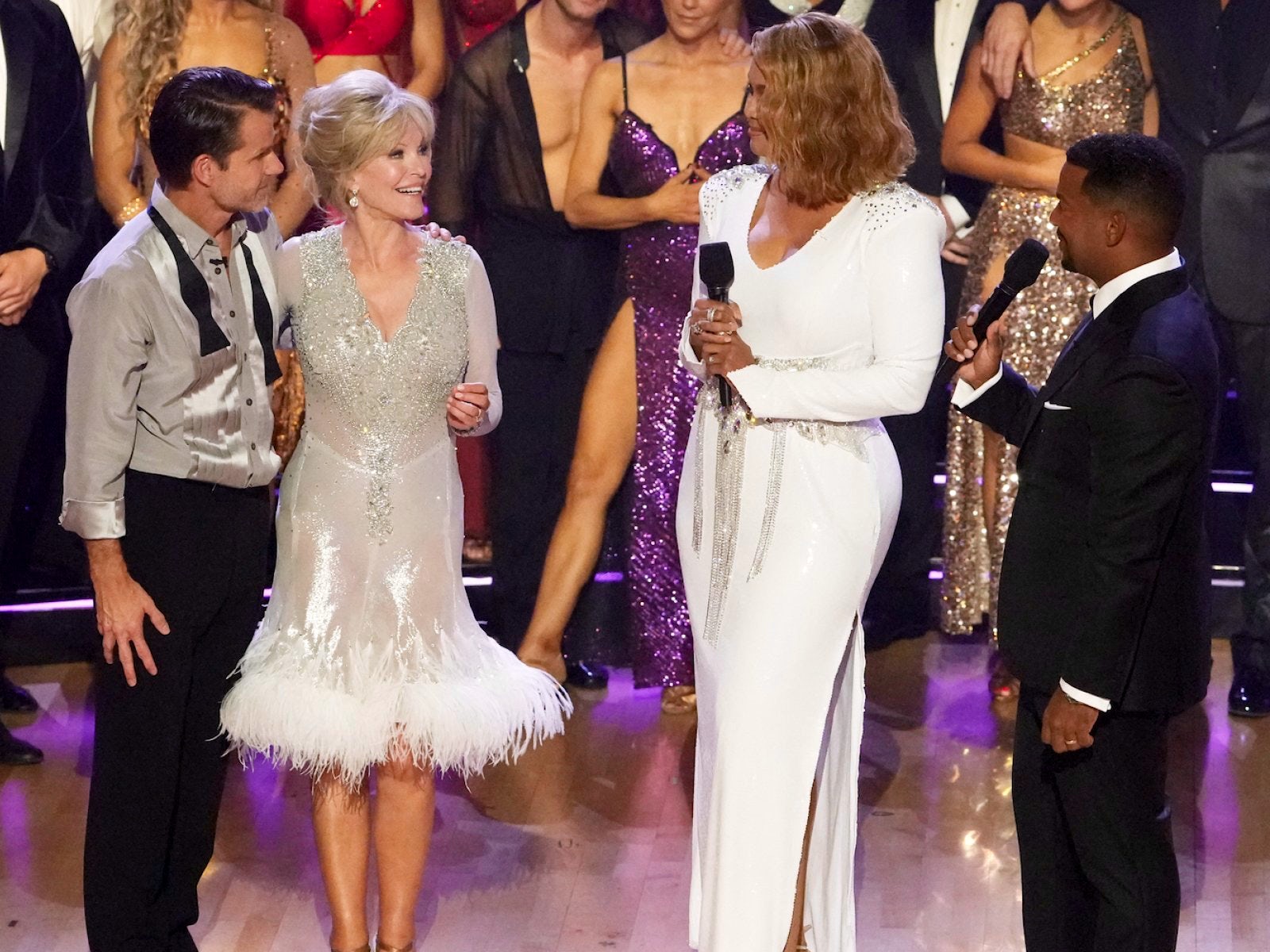 Dancing with the Stars eliminated Cheryl Ladd and her professional partner Louis van Amstel after 14 couples danced on “Bond Night” during the Season 31 episode on Disney+ on Monday night.

The actress and former Charlie’s Angels star and Louis became the third couple eliminated from Dancing with the Stars’ 31st season after they landed in the bottom-two couples based on the combined total of judges’ scores and viewer votes that were cast live throughout the two-hour episode.

Dancing with the Stars judges Len Goodman, Derek Hough, Carrie Ann Inaba and Bruno Tonioli were tasked with saving one of the two couples and sending the other couple home. Len, as the head judge, would break a tie if necessary.

Len said he would’ve voted to save Sam and Cheryl as well, resulting in a unanimous vote.

“Louis was the best. He was a great teacher and a lot of fun and kind. And I think when you’re a legend, you’ve lived a long time, and I had a lot of fun,” Cheryl Ladd said following her ouster.

“[Being in the ballroom] was great and I love all of you!”

Prior to the elimination portion of the evening, each of the 14 remaining celebrity and professional pairings performed in one round of competition, which turned out to be a celebration of the James Bond movies on their 60th anniversary.

Just like last week, there was a three-way tie — featuring the same three couples — for first place on the judges’ leaderboard at 33 out of 40 points.

Charli and pro partner Mark Ballas danced a rumba and received the first nine of the season from Bruno.

The Kardashians star Kourtney Kardashian and husband Travis Barker supported Charli in the ballroom audience, and Len said this was another “fantastic” dance for the couple with speed and sensuality as well as lovely feet and legs.

Wayne and pro partner Witney Carson performed a 33-point worthy tango, and they also received a nine from Bruno.

The dance was clean and tight, but Carrie Ann asked Wayne to watch his footwork. Derek said Wayne had poise about him as well as power and intention, and Bruno called him “a smooth operator.”

And Gabby and pro partner Val Chmerkovskiy took the stage with a cha cha.

Derek said the dance had power, attack and strength, but sometimes with that approach, he noted how a dance can look a little rigid and stiff.

Bruno called the performance “smoky hot,” and Carrie Ann said Gabby is amazing but has to relax just a bit more to avoid staccato movements.

Charli’s mother Heidi D’Amelio, another star of The D’Amelio Show, placed fourth on the judges’ leaderboard after earning 32 points for her tango with pro partner Artem Chigvintsev.

It was Heidi’s best dance yet this season, and Derek found himself shouting and cheering during the routine. Bruno and Carrie Ann complimented Heidi’s shape and lines, but they asked her for more fluidity going forward.

CODA actor Daniel Durant and pro partner Britt Stewart finished the night in fifth place on the leaderboard with 31 points.

Daniel and Britt performed the rumba, and Carrie Ann said the dance was “brilliantly performed” and “mind blowing.” Bruno also said Daniel presented an excellent frame for his partner.

Singer and former American Idol winner Jordin Sparks and pro partner Brandon Armstrong finished in sixth place on the leaderboard with 29 points for their rumba routine.

Len said he liked Jordin’s control and fluid arms but she has to work on her unstable turns, and Carrie Ann said a natural sensuality oozes out of Jordin and it carried her through the performance.

Shangela and Gleb performed a rumba routine that received 30 points from the judges.

Carrie Ann, nearly at the point of cursing with excitement, yelled, “Damn girl, that was fierce!… That was hot!”

Fitness model and actor Joseph Baena and pro partner Alexis Warr, who is still filling in for Daniella Karagach after Daniella tested positive for COVID-19, claimed eighth place on the leaderboard at 29 points.

Joseph and Alexis impressed with an Argentine tango.

Joseph was called a clean and great dancer, and Carrie Ann thought it was natural and beautiful with a lot of finesse.

The pair took the stage with a rumba routine, and the judges agreed the performance was “inspired” and had a wonderful lyrical quality. Derek also noted how Selma’s legs looked beautiful throughout the dance.

The routine was full of content and attack, according to the judges, and Carrie Ann praised the couple for having “incredible chemistry.” Trevor was also complimented on his great eye contact with Emma.

Jessie and Alan’s rumba was good, but the judges agreed Jessie must work on her feet because the footwork wasn’t great. In attempt to lift Jessie up, Derek said she had made a lot of progress in the competition so far, especially when comparing this dance to her first.

Sam and pro partner Cheryl Burke finished in twelfth place on the judges’ leaderboard with 25 points.

Derek noted the samba is the hardest dance to do and Sam had lost a little steam towards the end, but Bruno gushed about how Sam brought the fun and fiesta to the samba.

Cheryl Ladd and Louis received 24 points from the judges for their rumba routine.

Derek said it was Cheryl’s best dance yet and it “couldn’t have gone better,” and the judges said she managed to prove why she deserved to stay in the competition. (The pair had landed in the bottom-two couples last week as well).

Len said Vinny needed to pay more attention to detail in the rumba, especially his arms, and it wasn’t his best dance. But Derek pointed out how Vinny is “really, really fun to watch.”

Dancing with the Stars is hosted by Tyra Banks and co-hosted by Alfonso Ribeiro.

Next week’s Dancing with the Stars performance show is going to celebrate all that Disney+ has to offer.