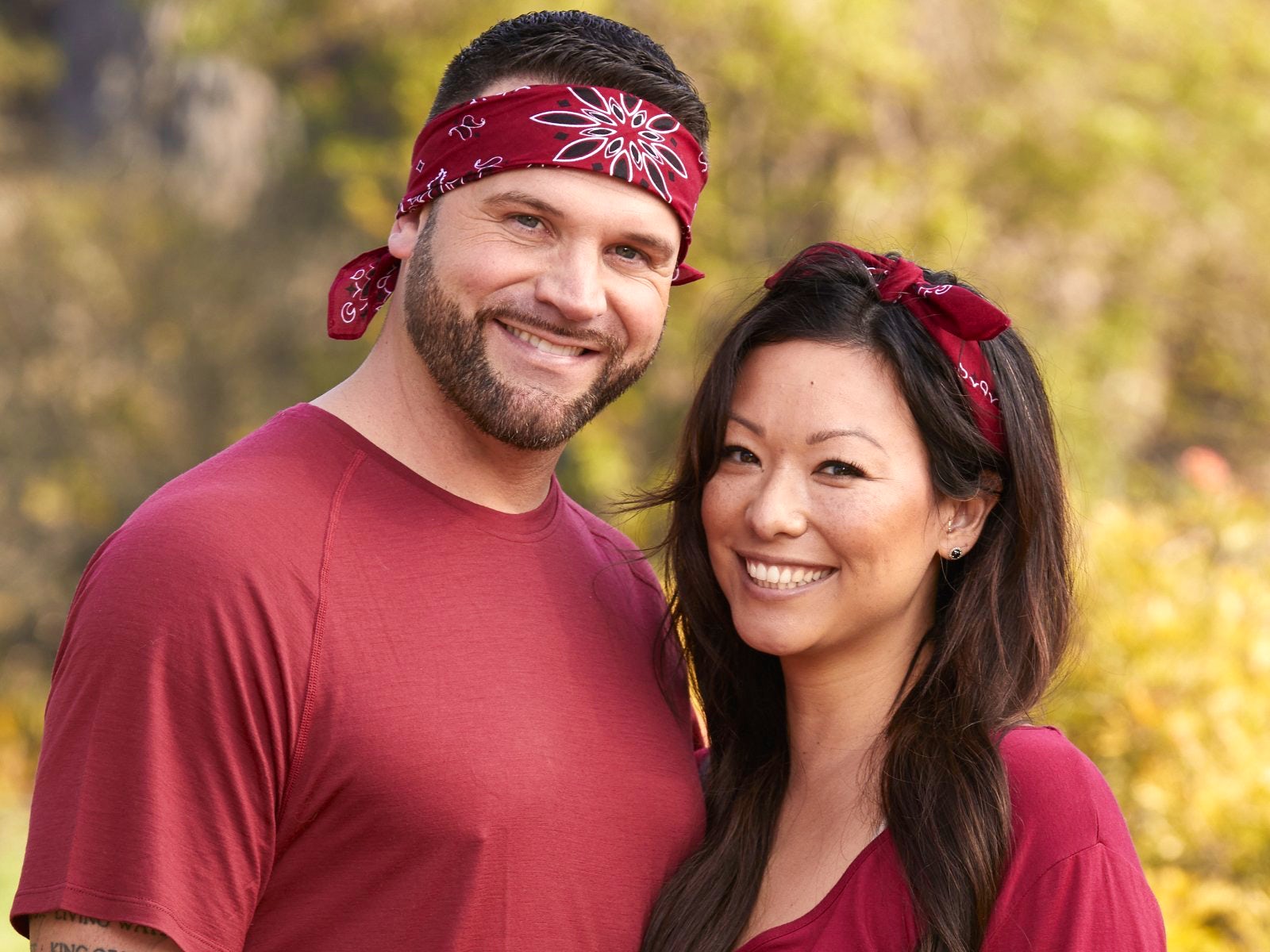 The Amazing Race teammates Connie Greiner and Sam Greiner have revealed the life-changing event that prevented them from being able to resume racing on the show’s 33rd season once production restarted after a coronavirus shutdown.

The Amazing Race executive producers decided to postpone filming Season 33 and send all of the teams home after three legs to keep everyone safe as COVID-19 was beginning to spread in February 2020.

Production halted in Scotland and restarted 19 months later in Switzerland, but Connie and Sam were one of four teams who didn’t make it back.

The reason why the married couple from Charlotte, NC, couldn’t continue competing is because of “a little bundle of joy.”

Connie, 37, was apparently in the final months of a pregnancy when The Amazing Race resumed filming in Fall 2021 and so she was not in a position to frantically race around the world with her 39-year-old husband.

Connie and Sam welcomed a son, Elijah Rock, on December 20, 2021 at 8:10AM. The baby boy weighed eight pounds and two ounces and measured 20 inches when he was born.

In a video Sam posted on Instagram recently, he and Connie addressed their absence from The Amazing Race when Season 33 resumed production.

Sam, holding his newborn in a carrier on his chest, joked that he had been outside “training” in the Instagram video.

“You never know — they might call us back on the Race,” Sam told his wife and kids. “I’ve got to be prepared!”

Connie playfully called her husband “crazy,” and then she explained to the camera, “We weren’t obviously able to finish the Race, but we won more than a million dollars here.”

Sam, glancing down at his son, added, “That’s what this little bundle of joy is. His name is Elijah Rock, and he is the first-born baby on The Amazing Race during a Pit Stop.”

Sam went on to share how he and Connie missed the other teams, and he noted, “We wish you well and finish strong.”

“We will be watching,” Sam confirmed.

During The Amazing Race’s January 12 episode, host Phil Keoghan gathered the nine remaining teams together after Leg 3 in Scotland to announce, “The Amazing Race has traveled over a million miles around the world and visited almost 100 countries. And from Day 1, our No. 1 priority has been to make sure that all of you are safe.”

“Right now, the world is dealing with the coronavirus, and in order to keep you safe, we believe the best choice for all of us is to suspend the Race.”

Phil added, “In an ideal world, the planets will align and we will pick this Race back up again and hopefully have all of you starting the Race again. We understand the sacrifices all of you have made, and we know to have you all come back and start back on this race again would be challenging.”

Phil told the teams they could return home, regroup, and come back “better and faster” than they were in the beginning.

“You guys are one of a kind, and we want to see you go home safe to your families,” Phil announced. “Thank you very much!”

And a whopping 19 months later, The Amazing Race picked back up in St. Gallen, Switzerland with only five teams ready to compete.

RELATED LINK: ‘BIG BROTHER’ SHOWMANCES NOW: WHO IS STILL TOGETHER? WHICH COUPLES HAVE SPLIT UP?? (PHOTOS)

In addition to Connie and Sam, the other teams who were unable to resume the Race were “YouTube sensations” Taylor Green-Jones and Isaiah Green-Jones, “Childhood Friends” Anthony Sadler and Spencer Stone, and “Dating Couple” Caro Viehweg and Ray Gantt.

Anthony apparently accepted a new job that prevented him from taking more time off for the show, and Taylor felt the need to stay home for his family once he learned the tragic news his brother had died.

“Not everybody had the ability to come back and race for that $1 million prize,” Phil told the returning five teams during last week’s episode.

“So, a few familiar faces [are] taking their place!”

None of the returnees seemed upset that producers had welcomed back two teams given the times.

During an interview with Us Weekly earlier this month, Phil said the teams who were able to restart The Race after a lengthy hiatus were “in high spirits” with “a tremendous amount of anticipation… and comradery.”

Phil noted that the cast had been “excited” but also “super emotional” to be back.

“What people have been through, it hasn’t been easy for people. Everybody has faced hardships, job losses, and [deaths] of people who are close to them,” Phil shared.

Once filming began again, adjustments and changes had to be made in order to ensure the safety of cast and crew.

Teams flew in a private chartered plane, ran a limited race route through a handful of Mediterranean countries with “remote areas or small cities” where coronavirus infection rates were low, and were constantly tested for the virus on the road.

The teams also avoided public transportation and reportedly engaged with only vaccinated locals.

The Resident Round Table: Nic’s Return, an Underwhelming Love Triangle, & Hits and Misses of the Season!
Watch The Real Housewives of Beverly Hills Online: There’s Sutton About Crystal
NCIS: Los Angeles Season 13 Episode 22 Review: Come Together
This Is Us – Miguel & Family Meeting – Double Review: Home
‘NCIS’ Boss on Torres’ ‘Pretty Dark’ Arc & Ducky in Season 20
Follow us on Facebook
Follow us on Twitter