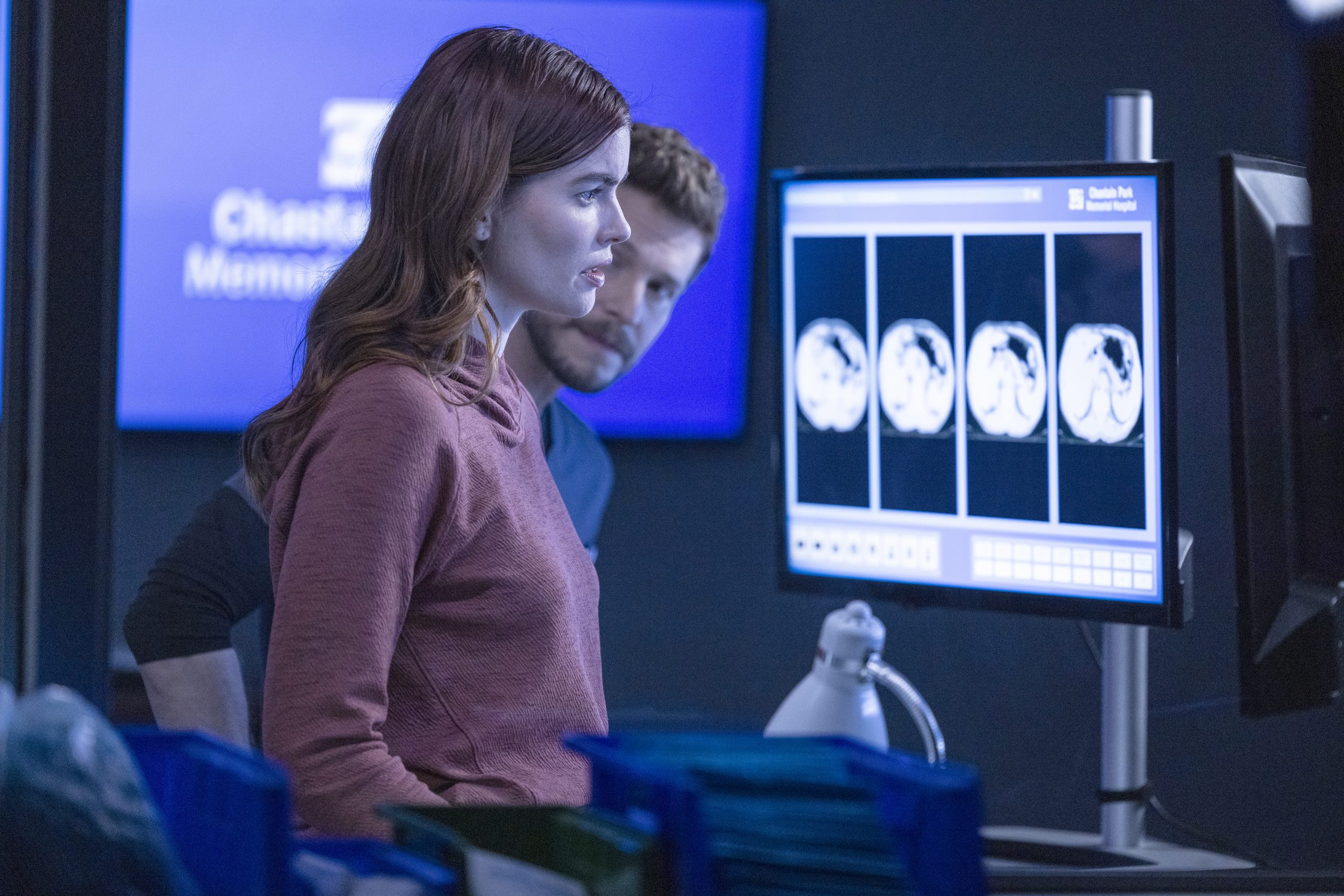 Can I just say how grateful I am that there was a season finale that dished out happy endings all around?

The Resident Season 5 Episode 23 delivered its fair share of heartbreaking moments, but Chastain’s finest came out relatively unscathed at the end of it all.

And some of those distressing moments in the ED actually gave some characters a new outlook on life.

Conrad found his mind wandering to the past, specifically to his first post-baby date with Nic, but he wasn’t entirely sure why.

Wise Winston informed him that he shouldn’t try to push away the memory because it was likely trying to teach him something, and sure enough, it was the pivotal moment Conrad needed to finally allow himself to move on romantically.

Conrad himself admitted to feeling guilty about even pursuing another woman, and it’s understandable. Nic was the love of his life, and she was taken too soon. I don’t think Conrad will ever actually move on from her, but he also deserves love and happiness.

He feels like he owes it to her to stay single forever just to prove how much he loves her, but the truth is, Nic would’ve never wanted it.

We always knew that, but now, after Conrad worked through his memories, he also knows it. She said so herself.

I never knew how much I missed Nic until I saw Emily VanCamp back on my screen. It felt right. It felt like home, which is exactly how Conrad must feel whenever he gets pulled back into one of these memories.

The specific one his brain kept going back to was the first date after they became parents where Nic got jealous after seeing Conrad hug another woman at a bar. I don’t know why Nic would ever think Conrad would be stepping out on her since 1. that isn’t Conrad and 2. jealousy isn’t her look, but let’s blame those baby hormones. Plus, it explains why he feels so guilty about even considering it.

The moment led to an open discussion about death, and though Nic didn’t want to think about it, Conrad informed her that he bought out a life insurance policy in case anything ever happened to him.

He then gave her permission to move on with someone that loved her and Gigi unconditionally. Nic promised to do so only if Conrad vowed to do the same if the tables were turned. It was a gut-wrenching scene to watch simply because you know that this conversation isn’t hypothetical and it’s actually Nic who doesn’t live to see her daughter grow up.

While Conrad didn’t immediately make a decision between the two ladies completely smitten with him — Cade and Billie — (at least not openly), he did acknowledge that he was ready to finally let love in.

Who will his heart settle on? It’s unclear for now, but my money is on Cade.

Billie continues to give me best friend vibes, plus, they haven’t even had any scenes together in a minute. Meanwhile, he’s basically out here helping Cade heal from her shooting, patch up her relationship with her dad, and she even has a connection with Gigi. The woman that loves Conrad as much as he loves her is Cade. There’s no question about it.

Cade and Conrad also have a good groove going. They definitely feel like the same person — Cade is the female version of Conrad.

Even their daddy issues are similar. And Conrad, who has rebuilt his relationship with his father by acknowledging that it was a two-way street and one that needed a little bit of TLC and understanding, is the perfect person to guide Cade through it.

When her father was diagnosed with pancreatic cancer, he knew exactly what to say and how to help her navigate.

And while I don’t think Cade and her dad are completely healed, I do think they made a lot of progress, especially as she worried that he might not make it out of the OR.

He’s tough, so he did, and virtually cancer-free. Though, he definitely had help from some incredible doctors, including Bell and Leela, who performed her first Whipple.

Bell isn’t blind, thank god, and the eyesight issues were a temporary MS flare-up. Terrifying? Yes, but not the end of the world or his career. He has a huge cheerleader in his corner with Kit, but Bell is also a realist, so he’s training Leela as his replacement.

Leela took on quite a lot this season as she attempted a double specialty, but she quickly learned that overdoing it wasn’t the key to happiness.

Instead, she figured she was going to be a general surgeon, which would allow her to flex her muscle on a variety of different patients and procedures. It sure does feel like the best of both worlds, but it also frees her up to have a personal life.

And a personal life is much needed if she plans to course-correct her relationship with Pravesh.

Leela didn’t have a change of heart about her stance on children, but she also didn’t shoot down the idea of it in the future either.

And Pravesh, who was leaving Chastain for a position with the research hospital in Baltimore, realized that he wanted to give their relationship another try.

I don’t want Pravesh to give up his dream of having a family, but it’s hard to argue with the logic that he’s giving up on the woman he loves for a hypothetical child.

The realization came to him after a patient ignored his and AJ Austin’s orders to terminate a pregnancy that was putting his wife’s life at risk.

I know that no one ever wants to hear that they have to kill their unborn child to save their wife, but in this case, the options weren’t stacked in Trini’s favor. And it seemed careless to choose the option with the most risk simply to save an unborn child over the wife and mother of your actual child.

The husband’s decision was the one he’ll regret for the rest of his life. The pain of losing an unborn child would’ve been there regardless, but it wouldn’t have been nearly as traumatizing as losing Trini.

Trini deserved better. The doctors would have saved them both if they could, but the options simply weren’t there. Instead of saving one patient, they lost them both.

And honestly, my heart aches the most for the young boy who had no say and watched his mother die in front of him.

I won’t ever understand why someone would willingly do that to their child.

It’s not the same, but as Pravesh explained, Trini would one day be able to have another child. The family could’ve been whole again, but now they will forever have a hole in place of Trini.

But if one good thing came out of it, it was Pravesh and Leela’s reconciliation.

Then there are soon-to-be parents AJ and Padma, who are expecting twins. I’m over the moon about this, and I can’t wait to see AJ in the role of a loveable and gentle father.

All the love in the air was fitting considering everyone was at an engagement party for Kit and Bell.

Say what you want but it finally feels like everyone at Chastain is getting a much-deserved break.

Did you like the season finale? Who will Conrad choose as his romantic partner? Or will it be neither of his co-workers? Marion did make a little appearance there, and Nic sniffed out a crush. Maybe it’s always been Marion!