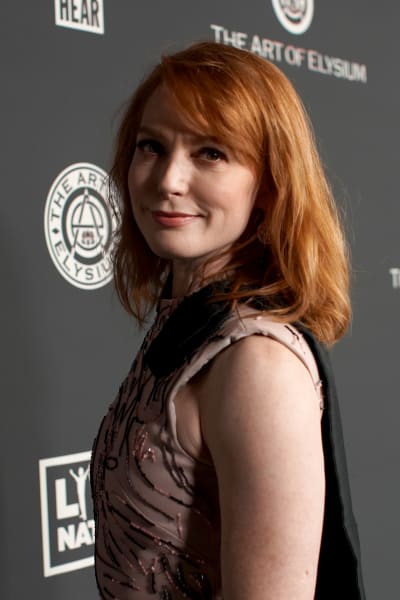 Alicia Witt has spoken publicly for the first time since the death of her parents.

They were both found dead in their home in December.

Witt took to social media on Tuesday to open up about the tragedy.

“It still doesn’t feel real,” she wrote before shedding light on what happened on the day that changed her life.

“It’s been a month since I got scared, not having heard back from them, and called to have them checked on.”

“Waiting, phone in hand, praying fervently that the next call would be from them, angry I’d gotten someone else involved. Knowing as soon as I heard the detective’s voice on the other line that they were gone,” the Walking Dead actress added.

“Knowing I would never hear their voices again. Beginning the rest of my life of finding them on the breeze, in a song, in a dream.”

According to reports, Witt’s parents died of hypothermia after their heat went out.

“My parents were not penniless,” Witt said in the post.

“They were fiercely stubborn, beautifully original souls, and with that, they made choices – choices that I couldn’t talk them out of.”

“I will never understand how or why they made the choice not to tell me this, not to let me help them with this. My heart is broken,” she wrote.

Alicia said that as much as he tried to help, there wasn’t much else she could have done.

“They were a united, intertwined, indivisible force, determined to do things their own way. knowing they had each other – battling them the way I would have had to in order to do this truly felt like it would have destroyed them,” the star shared.

Witt said that she “begged, cried, tried to reason with them, tried to convince them to let me help them move – but every time, they became furious with me, telling me I had no right to tell them how to live their lives and that they had it all under control.”

“Our last words to each other were ‘I love you.’ That part was simple; never in doubt. They loved me so. I loved them so,” the Friday Night Lights star said.

’90 Day Fiance’ Spoilers: Are Shaeeda and Bilal still together? Did the ’90 Day Fiance’ couple get married? (SPOILERS)
POLL : What are you watching Tonight? – 25th May 2022
The First Lady – Episode 1.08 – Punch Perfect – Press Release
‘NCIS: Hawai’i’ Boss on That Kacy Grand Gesture, Jane’s Future With Joe & More
Josh Duggar sentenced to 12 years in prison after being found guilty of child-pornography charges
Follow us on Facebook
Follow us on Twitter