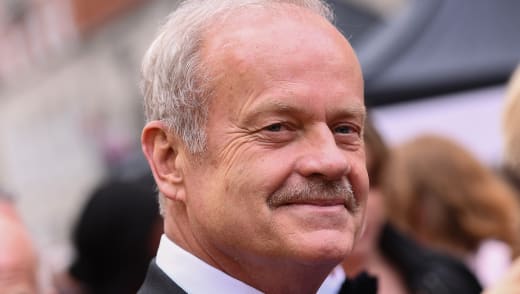 Deadline reported Thursday that Paramount+ has handed out a series order for a new batch of episodes, with Kelsey Grammer set to return in the title role.

The project was revealed to be inching closer to reality earlier this year after various teases that the project will score a pickup throughout the years.

The new series finds Frasier starting a new by taking him to a new city, just as he did at the beginning of the original series.

“Having spent over 20 years of my creative life on the Paramount lot, both producing shows and performing in several, I’d like to congratulate Paramount+ on its entry into the streaming world,” said Grammer in a statement in 2021.

“I gleefully anticipate sharing the next chapter in the continuing journey of Dr. Frasier Crane.”

“Frasier is one of the most acclaimed comedies in modern television history and truly defines premium storytelling,” said CBS Studios at the time.

“There has long been a call from fans for its return, and that call is now answered thanks to the amazing Kelsey Grammer reprising his iconic role of Dr. Frasier Crane and a brilliant creative plan from Joe, Chris and Kelsey.”

“We can’t wait to reveal its next chapter on Paramount +.”

Despite Paramount+ announcing the project was in the works back in 2021, the streamer has not been forthcoming with infromation since.

Instead, Grammer has been keeping fans in the loop.

The most recent update was this summer when the star said that the show could be entering production this year.

“Shooting? There were some conversations about October, maybe a little later. I don’t know,” he said during an appearance on The Talk.

Grammer revealed at the time that they’re “in the final stages of the final script for the first episode of the Frasier reboot, and it looks pretty good.”