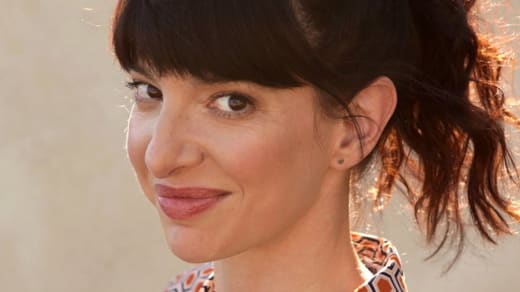 The Los Angeles County Medical Examiner-Coroner has confirmed the cause of death of actress Lindsey Pearlman.

The news comes six months after the Empire star was found dead inside a vehicle near Runyon Canyon Park.

According to a report obtained by People, the coroner has ruled Pearlman’s death as a suicide caused by sodium nitrite toxicity.

Pearlman went missing on February 13 and was last seen in Los Angeles around 9 p.m, according to reports.

The star is said to have swallowed enough pills after driving to the base of Runyon Canyon and was found days later by a hiker.

The Los Angeles Police Department reported the sad news of the star’s passing in February.

“Today around 8:30 a.m., Hollywood Area officers responded to a radio call for a death investigation at Franklin Avenue and North Sierra Bonita Avenue,” the LAPD said in the statement.

“The L.A. County Coroner’s Office has since confirmed the individual to be Lindsey Erin Pearlman.”

It read as follows:

“We are deeply saddened by Lindsey Pearlman’s passing today. The family has asked for privacy during this difficult time while they process and grieve.”

A graduate of The Second City Conservatory, her personal website states Pearlman was active in the Chicago theater community prior to relocating to California to pursue additional on-camera work.

Dynasty actress Elaine Hendrix was one of the people who shared the missing persons alert and followed it up with a statement on the sad news of her friend’s passing when it was announced.

“Thank you to everyone who shared Lindsey’s missing person report,” the star shared.

“I’m deeply saddened & stunned to share that she was found deceased.”

“There’s no further info to share at this time. Pls send her friends & family love.”

May Lindsey Pearlman rest in peace.