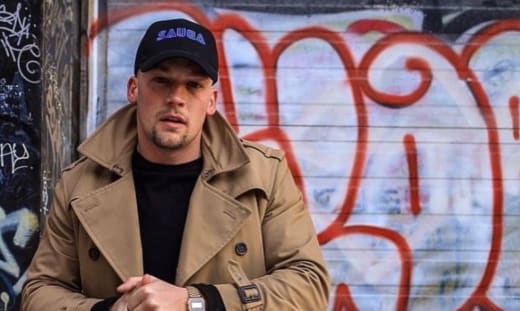 Cormier played Finn on the long-running Canadian drama series Heartland, which is set to return on October 2.

Finn was a potential love interest for Amy (played by Amber Marshall).

UPtv, the network that airs Heartland, paid tribute to Cormier on Instagram.

“Robert Cormier, aka Heartland’s Finn, was an amazing talent, gone too soon,” the post reads, which shares a photo of the actor.

“We are deeply saddened to learn of the passing of Robert Cormier. He was a beloved member of the Heartland cast the last two seasons,” the official Heartland Instagram account writes.

“On behalf of the Heartland cast and crew, our thoughts are with him and his family, who have asked for privacy during this difficult time.”

Cormier’s sister told The Hollywood Reporter that he died in an Ontario hospital of injuries sustained from a fall.

“Robert was an athlete, an actor, and a great brother. He had a passion for helping others and was always looking to achieve more,” his obituary reads.

“He enjoyed movie nights with his family and looked up greatly to his father.”

“He impacted many people throughout his life whether it was family, teammates, and friends.”

“Rob’s memory will live on through his passion for art and film; as well as his three sisters who meant the world to him.”

The star’s final Instagram post had scripts of Heartland, though it’s unclear how much of the upcoming 16th season he filmed before his death.

He is survived by his parents Robert and Lisa; sisters Brittany, Krystal and Stephanie; grandmother Joanne; and aunts, uncles and cousins.

May Rob Cormier rest in peace.