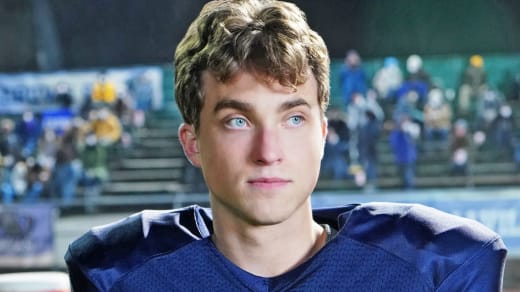 The CW’s Superman & Lois will look very different when it returns in 2023 for its third season.

Jordan Elsass, who has played Jonathan Kent since Superman & Lois Season 1 Episode 1, is exiting the series after two seasons.

Variety first reported the news, revealing that the role of Jonathan will be recast.

“Jordan Elsass has notified the studio that he will not be returning to Superman & Lois for Season 3 due to personal reasons,” Warner Bros. Television said in a statement Tuesday.

No details surrounding why the star is departing have been revealed, but Variety states that it is not because of a “workplace-related issue.”

News of the big change comes just ahead of production commencing on Superman & Lois Season 3.

The good news is that the show is not targeting a fall launch and is on deck for midseason, so there’s a chance production could be postponed.

Superman & Lois is one of The CW’s most-watched and highest-rated series.

It burst onto screens in 2021 with bumper ratings and rave reviews and has been a big success story.

It’s unclear whether the show will explain the recasting or if it will be like it just happened overnight.

While the show is called Superman & Lois, the series has largely been about the titular characters and their two sons.

Jonathan is a big character, and this move will have to be handled in a way that benefits the show.

Brushing it under the rug might be too much, but the series — and franchise — has been known to have different iterations of characters.

What are your thoughts on the big news?

Do you have any names in mind who you think would be perfect for the role?