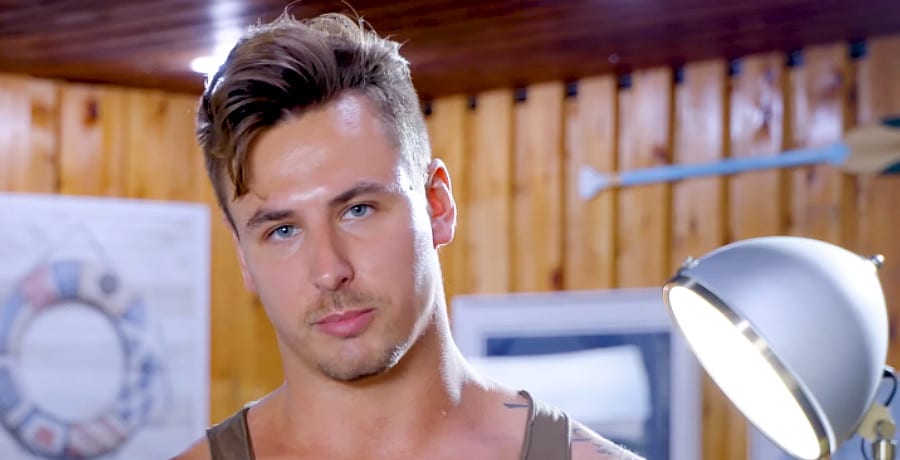 Bachelorette alum Brendan Scanzano has allegedly been dropped by his sponsors amid fan backlash. What did he do? Keep reading for all the details.

Brendan Scanzano was a suitor on Season 17 of The Bachelorette. He made it to seventh place, despite never getting a one-on-one date. His connection to eventual winner Blake Moynes wasn’t shown on Season 17, despite knowing one another. Both Canadians, Moynes reportedly encouraged Scanzano to apply for The Bachelorette, only to join the show to pursue Katie Thurston himself.

After getting sent home from The Bachelorette, Brendan S. was on the inaugural season of Bachelor in Paradise Canada.

While Brendan Scanzano didn’t get much screen time on the ABC dating show, he’s built up a following on social media. However, he recently came under fire for his anti-vax posts. One post comparing the vaccine mandates to the holocaust caused fans to accuse him of antisemitism.

In the ensuing backlash, the reality star turned off comments on his most recent Instagram posts. However, irate followers made their feelings known on posts with comments left on:

Did he lose out on a sponsorship because of his posts?

The Bachelor Nation alum’s posts gained attention on TikTok due to a user named @melworeit. According to Screen Rant, the TikToker contacted companies sponsoring Brendan Scanzano.

Allegedly, the social media influencer was dropped by at least one sponsor, though the TikTok user didn’t reveal which one.

Scanzano posted a three-part apology on his Instagram Stories following the alleged loss of sponsorships.

He began his apology by acknowledging taking a few days to process what people have been saying about him. Brendan S. admits that his posts “hurt many people and families,” which wasn’t his intention.

The reality star cites the toll the pandemic has taken on his mental health. However, at 27, he says that he is “old enough to know better” than to compare anything to the Holocaust.

He ends the lengthy apology by promising, “I will be better.”

What do you think about Brendan Scanzano getting dropped by sponsors? Did he deserve it? Share your thoughts in the comments below.

Jennifer Havener grew up in a small town in Upstate New York. She earned her B.A in Writing & Literature from Naropa University in Boulder, Colorado. She always knew watching reality TV shows and soap operas, particularly ‘Days of Our Lives’, would come in handy someday. When she’s not writing, she’s playing with her dogs, Lola and Ruger

Alan Bersten PRAISES Decision To Move ‘DWTS’ To Disney+
The Good Fight to End With Season 6 on Paramount+
POLL : What are you watching Tonight? – 22nd May 2022
Watch The Real Housewives of Atlanta Online: Season 14 Episode 4
‘Unexpected’: Fans Demand State Save Kylen From Jason?
Follow us on Facebook
Follow us on Twitter