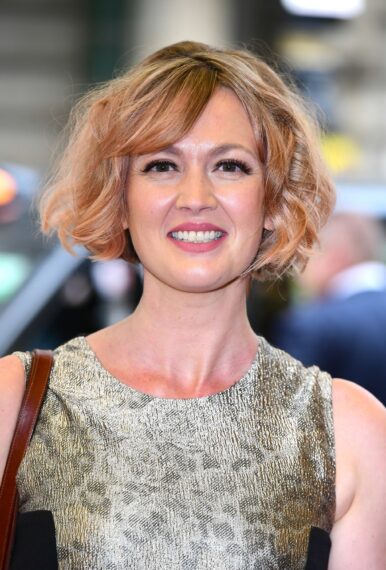 Poldark‘s Aidan Turner is hitting the tennis courts for his next role as the actor is set to costar in Prime Video‘s upcoming U.K. drama Fifteen-Love.

Created by Hania Elkington, Fifteen-Love tells the fictional story of Justine Pearce (Ella Lily Hyland), an up-and-coming sports prodigy who shoots to stardom in the world of Grand Slam Tennis. She’s aided by her coach Glenn Lapthorn (Turner), with whom she has a distinctive rapport.

Their team-up brought Justine to the French Open, but when an injury cuts Justine’s dream short, she ends her professional career. Exploring Justine’s story five years into the future, she’s now 22 and has a new life as a therapist at her old tennis academy. When she makes an explosive allegation against her former coach, everyone has to reconsider the nature of Justine and Glenn’s past success. Produced by ITV Studios-backed producer, World Productions, Fifteen-Love is written by Elkington, who executive produces alongside Jake Lushington. Meanwhile, Eva Riley and Toby MacDonald are attached as directors, and Natasha Romaniuk is set to produce. Currently shooting, Fifteen-Love will launch on Prime Video in the U.K. and Ireland next year.

“The voice of women in sport has never been heard as loudly and clearly as over the last two years,” said Elkington in a statement shared by Variety. “From Simone Biles to Naomi Osaka, Emma Raducanu to Pam Shriver, the pressures and realities of being at the top of your game on the world stage are finally breaking through to us, making us look again at the price our young prodigies can pay for the goals they work so hard to achieve. Writing this drama, and the people I’ve met through my deep-dive into researching it, has been revelatory. I hope that Fifteen-Love has the same effect on its audience, and can become another valuable part of this urgent, emerging story.”

Stay tuned for more as Fifteen-Love continues to take shape at Prime Video.

Eiichiro Oda’s ‘One Piece’ Manga Beats Its Own World Record
Maeve Millay Deserved Better Than the ‘Westworld’ Season 4 Finale
POLL : What did you think of Motherland: Fort Salem – But I Don’t Even Have A Dress…?
Power Book V: Influence – Not Moving Forward at Starz
Better Call Saul – Waterworks – Review
Follow us on Facebook
Follow us on Twitter