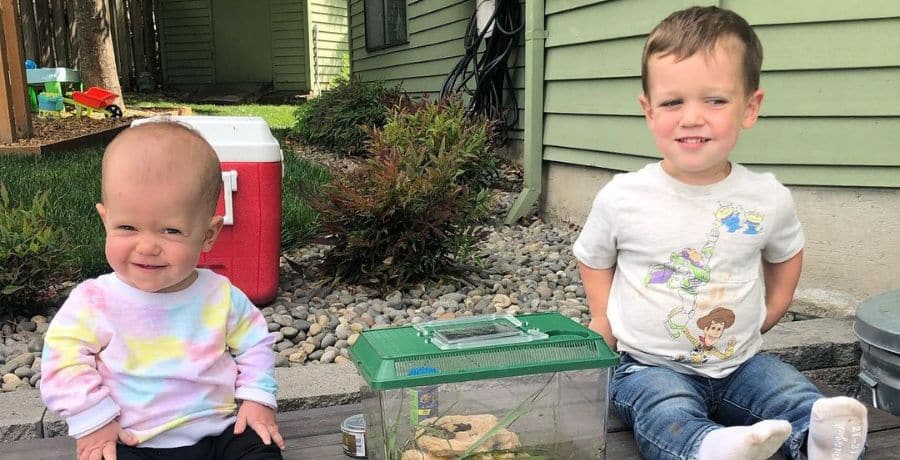 Little People, Big World star Jackson Roloff, 5, has all kinds of new things to teach his younger siblings, Lilah, 2, and Josiah, 3 months. This time, he’s helping his sister, Lilah, learn how to talk. Proud mom Tori Roloff shared a sweet video of Lilah learning how to talk with some support from her big brother, Jackson.

Scroll down to check out the video of the sweet siblings.

After receiving enough concerns from fans, Tori set the story straight and promised that she and Zach have things under control when it comes to their kids. So, it sounds like she is handling any potential speech issues fans may have noticed.

On her Instagram Stories this week, Tori Roloff gave fans a peek at a special moment between her two oldest kids, Jackson and Lilah. In the video, Lilah is sitting on the kitchen counter as Zach stands beside her. It looks like Lilah is helping Zach cook something.

Jackson proudly announces that his sister repeated after him.

You can see the precious video below.

It looks like Jackson Roloff is a big help with his younger siblings. As we reported, Tori and Zach previously said that both Lilah and Jackson enjoy helping with their new baby brother, Josiah.

Jackson certainly has a lot to teach Lilah and Josiah. Thanks to social media, fans will be able to continue watching the kids grow up and learn new things.

So, what do you think of this new video of Lilah Roloff talking? Do you think Jackson Roloff seems like a great big brother? Sound off in the comments section below. And come back to TV Shows Ace for more news about the Roloff family.