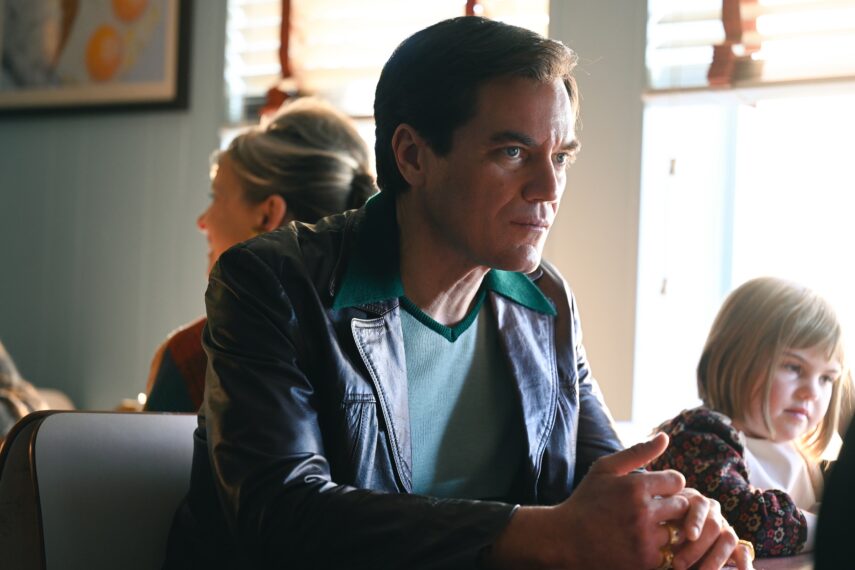 George & Tammy made a splash on Showtime and Paramount Network when it premiered December 4, and the excitement continues as we have an exclusive sneak peek at the second episode, aptly titled, “Stand By Your Man.”

In the clip, which you can watch above, country legends and newly declared loves George Jones (Michael Shannon) and Tammy Wynette (Jessica Chastain) begin planning their next moves, presumably after he whisked her and her kids away from then-husband Don Chapel (Pat Healy). Sitting in a diner booth together, George pitches the idea of Mexico to her. “You ever been to Mexico?” George asks, and Tammy reveals she hasn’t. “Oh, it’s a fantastic country. Tomorrow, you and me are heading down there and in the morning, we’ll get you a divorce, and in the afternoon, a new husband,” he adds confidently.

Tammy doesn’t seem as certain of the plan falling into place though. “Mexico can do that?” she asks George nervously. “Mexico can do anything,” he tells her dreamily with a smitten expression across his face.

As the conversation continues, Tammy then asks George who she’ll be marrying the next day. “Forgot that part,” he jokingly says before turning to one of Tammy’s daughters and asking for her to pick from one of his rings before turning to Tammy.

See George’s response as the whole scene unfolds, above, and don’t miss George & Tammy‘s latest episode when it airs Sunday, December 11 on Showtime as well as on Paramount Network and CMT at 9:15 p.m. ET/PT.