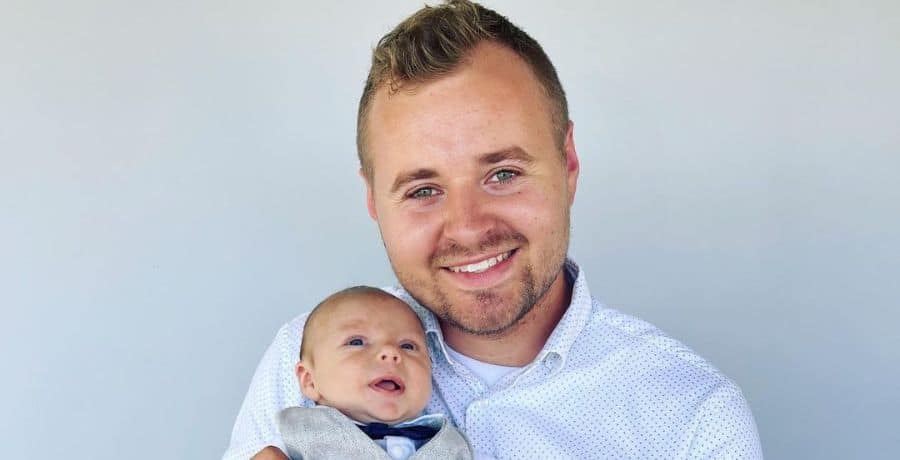 Jed Duggar (19 Kids & Counting, Counting On) made an appearance on social media this week that has left fans in shock. His appearance in his most recent photo took fans by surprise and they can’t stop talking about it now. What’s so different about Jed’s latest photo, and what are fans saying about it?

Keep reading to get a look at the photo and find out what’s going on.

Of all of the Duggar kids, Jed isn’t too active on social media. He shares posts here and there but isn’t posting photos on a regular basis. And these days, many of his photos are all about his son, Truett.

On his Instagram Stories, Jed recently posted a new photo of himself, his wife Katey, and their five-month-old son, Truett. Along with sharing the photo, the Duggar son asked fans to send in questions because he’s planning on filming a Q&A video for their YouTube channel.

You can see the recent picture below. While this might look like a normal family photo, fans rushed to social media to point out a surprising detail they noticed.

The photo was reposted on Reddit, and Duggar fans reacted to Jed’s appearance. Many of them can’t stop talking about how much he looks like his older brother, Josh Duggar. Part of this may be due to Jed’s facial hair in the recent photo. He doesn’t always have facial hair. Until now, fans hadn’t really noticed the resemblance between these two brothers, in particular.

On Reddit, one Duggar fan said, “That is one Pesty looking Jed.”

If you didn’t know, Josh is currently serving 12-and-a-half years behind bars on child pornography charges. Due to Josh’s past, Duggar Snarkers on Reddit refer to him as “pest.”

Some fans feel bad for Jed Duggar because of his connection to Josh. One said, “Okay but imagine having to live looking like your pedophile brother your whole life. Ew.”

Another one chimed in and commented, “He does look a lot like him here. Hopefully that’s as far as the resemblance goes.”

Below, you can compare Jed to his older brother, Josh.

So, do you agree with fans who think Jed Duggar looks like his older brother, Josh, these days? Or do you not see it? Sound off in the comments section below, and come back to TV Shows Ace for more Duggar family news.