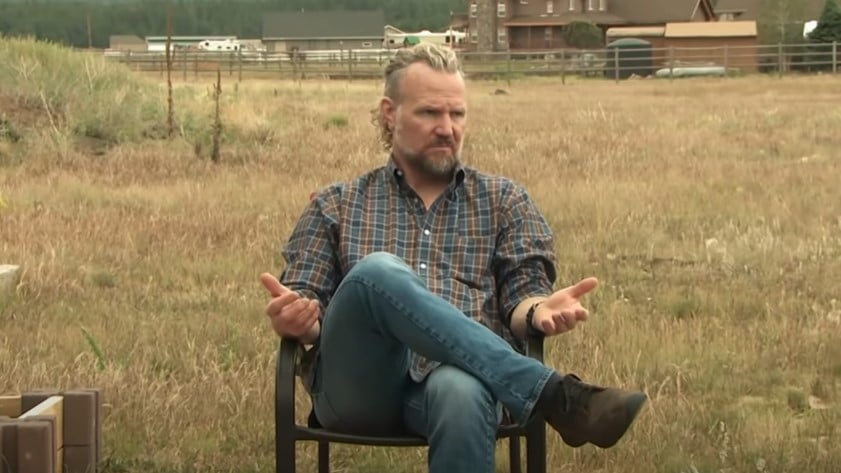 Plenty of Sister Wives fans believe that Kody Brown routinely puts his foot in his mouth. The fanbase can cite several instances where Kody said something that landed badly at the time or even aged poorly years later.

But what are Sister Wives fans discussing at the moment? Keep reading to find out.

Kody Brown doesn’t want his kids to leave the nest

Kody Brown is notorious for saying things that fans find offensive. Online, people still mention the time he said that the LGBTQ+ community and women have more rights than he does.

So what did fans notice now?

“Yet another thing Kody said that didn’t age well🙄” a Redditor posted online. “Currently watching the ‘baby steps’ episode, where Janelle, Kody, Christine & Ysabel are in NC ready for Maddie to drop her 2nd child, where Christine also mentions that Ysabel wants to go to college in NC to be near Axel to which Caleb says she can live with them.”

The OP proceeds to type out the conversation the family has onscreen. Christine is talking to Ysabel about moving out to North Carolina. Kody steps in and appears very bewildered that Ysabel plans to leave the state for college. Christine retorts that she already told Kody about Ysabel’s wishes and that she wants to be close to Maddie’s family.

According to the OP, Kody seems to take issue with Ysabel moving away.

“I’m not going to put her in prison here, I would much rather she went to college in Flagstaff,” he says. He goes on to say that he doesn’t like it when the kids leave home too early and he would just rather prefer the family all stay together.

“If Maddie and Caleb attract their siblings to go back east they fundamentally kill our family experience,” Kody continues. “We will come to the point where we won’t even be having Christmas together, so we have to be very careful about having our children draw the rest of the family back east.”

Redditors react to the scene in question

Needless to say, the rest of the Sister Wives fans on Reddit didn’t react well to Kody’s words here.

“Why does he care if his kids live in Flagstaff when he doesn’t even see them?” one Redditor pointed out. Over the years, Kody Brown definitely developed a reputation of being neglectful with most of his children. He dotes on Robyn’s kids but seemingly doesn’t have time for the other 13 children he shares with his other wives.

Ultimately, most other fans online seemed to share similar sentiments. They agreed it seems odd that Kody wants so much control over the kids’ lives and yet he spends so little time with most of them.

Be sure to leave your own thoughts in the comments and follow TV Shows Ace online for more on Kody Brown and the rest of the Sister Wives cast.