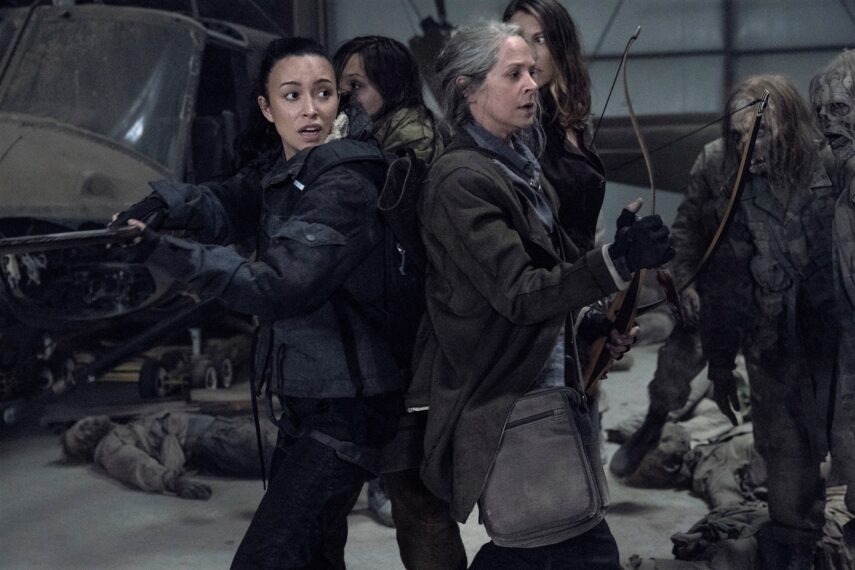 The Walking Dead‘s Christian Serratos is set to lead HBO Max‘s pilot for the upcoming series, More. Greenlit back in September 2020, and set to appear alongside Serratos are fellow stars Veronica Falcón, Yvette Monreal, Georgie Flores, and Ceci Fernandez.

According to Variety, Serratos plays Londyn Lorenz, “an international sex symbol who rose to fame after a political sex scandal put her in global headlines. But the irony is that while a million girls want to be just like her, Londyn has no idea who she really is. Londyn will clash with her mother and come into her own as a force, all while grappling with the dark side of unimaginable fame.” The show is based on reporting by journalist Amy Chozick, who also serves as co-showrunner and the writer of the pilot.

The show will follow the Lorenz family, who are described as “a tight-knit clan of seemingly flawless Latinas led by mom/mastermind Leona.” Having built their way up through reality TV stardom, the Lorenzes who are compared to Vanderbilts or Astors of “the Instagram era,” managed to create a billion-dollar conglomerate based on influence. So somewhere between The Kardashians and Scandal.

Serratos is well known for her role on the long-running Walking Dead flagship series, where she joined the cast in Season 4 as Rosita. She also plays the role of Selena Quintanilla-Peréz in the Netflix series, Selena: The Series, and stars as Angela Weber in the Twilight films.