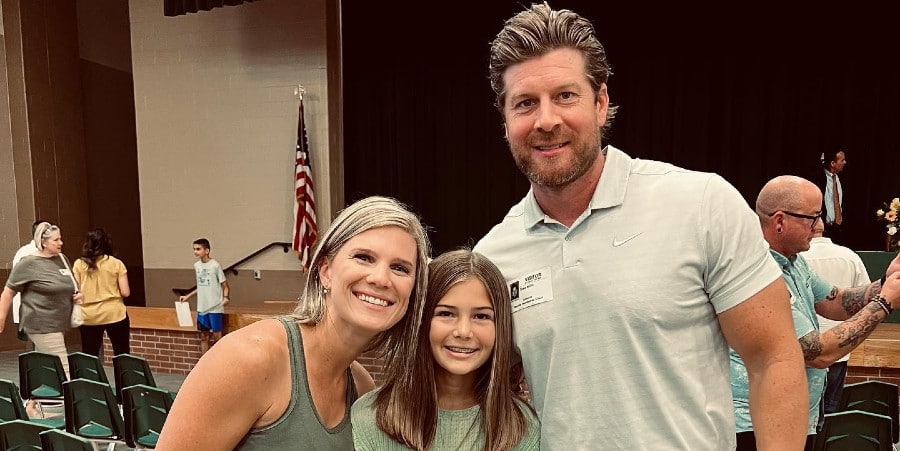 OutDaughtered fans were shocked when Uncle Dale posted a clip of his daughter Kenzie looking tall and stunning. Stay on this page to see what has fans of the TLC show in disbelief.

Viewers of TLC’s OutDaughtered have watched the Busby quints grow up from day one. Season 1 showed their birth story. The popular reality series wrapped up Season 8 in May of 2021.

It doesn’t sound like the Busbys plan to return for another season. However, there are still ways to keep up with the growing quints and their older sister Blayke.

Both Adam and Danielle Busby are active on social media, as are OutDaughtered regulars Aunt Kiki and Uncle Dale Mills.

The quints recently turned 7, which the family documented on Instagram.

Fans are astounded by how quickly all the Busby/Mills kids are growing up, particularly Kenzie.

OutDaughtered fans shocked by how tall & stunning Kenzie is

Uncle Dale and his daughter Kenzie are famous in their own right. Their TikTok dances nabbed a starring role in an Applebee’s commercial that featured the Walker Hayes song “Fancy Like.”

The most recent one on his Instagram is the viral Jiggle Jiggle dance trend. Both Kenzie and Uncle Dale show off their dance moves, but Kenzie gained the most attention in the comments.

OutDaughtered fans couldn’t believe how tall and stunning she is now. “Did Kenzie grow a foot?!?! Babies growing way to [sic] fast,” one follower wrote. “My goodness Kenzie is stunning!!!” another wrote.

What’s next for cousins Kenzie and Blayke?

Kenzie is super close in age to her cousin Blayke. They’re both 11, but Kenzie will turn 12 this summer.

Adam and Danielle Busby recently celebrated Blayke’s graduation. The pre-teen graduated from 5th grade and will head to middle school later this year.

In the photos, Blayke and her parents pose in front of balloons that say “Class of 2029,” which confused some fans. OutDaughtered airs around the world, so some fans didn’t get the reference that 2029 is the year Blayke Busby will graduate high school.

Several people took to the comments to warn Adam and Danielle that the next 7 years will fly by.

Can you believe how stunning and tall Uncle Dale and Aunt Kiki’s daughter Kenzie is? Share your thoughts in the comments below.

Bookmark TV Shows Ace to keep up with the latest OutDaughtered news.

Jennifer Havener grew up in a small town in Upstate New York. She earned her B.A in Writing & Literature from Naropa University in Boulder, Colorado. She always knew watching reality TV shows and soap operas, particularly ‘Days of Our Lives’, would come in handy someday. When she’s not writing, she’s playing with her dogs, Lola and Ruger

‘Jeopardy!’ Champ Halley Jokes She’s ‘Seeing Therapist’ Over Mark Wahlberg Gaffe
What’s Coming & Going From Hulu in July 2022
‘East of Eden’ Florence Pugh Netflix Movie: What We Know So Far
‘Criminal Minds’ Leaving Netflix in June 2022 And Where To Stream Next
Only Murders In The Building Season 2 Premiere Review: The Art of Murder!
Follow us on Facebook
Follow us on Twitter