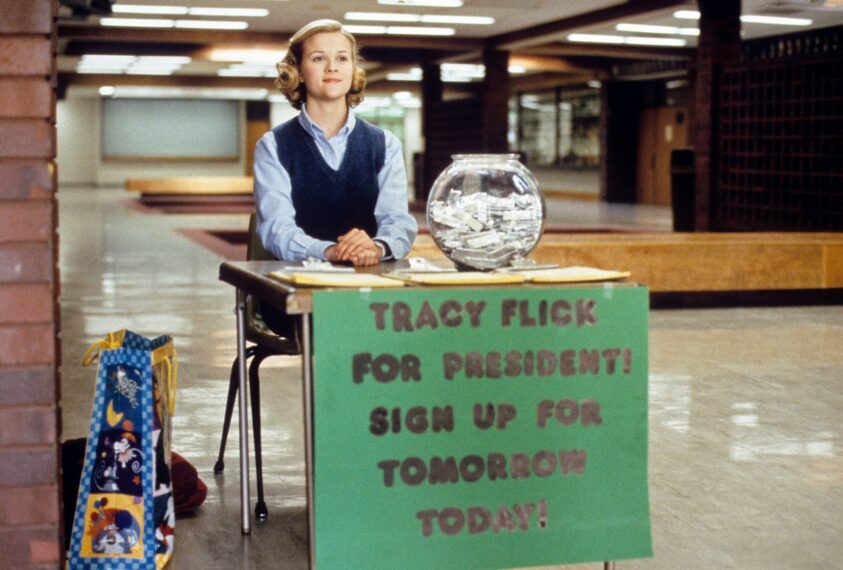 Reese Witherspoon fans rejoice! Tracy Flick is headed back to school for the Election sequel Tracy Flick Can’t Win for Paramount+. Alexander Payne, who wrote the original script that was based on the Tom Perrotta novel, will also be penning the script for the sequel. Payne wrote the sequel which was released in June of this year.

According to the novel’s description, Tracy Flick Can’t Win centers around Tracy who is now a hardworking assistant principal at a public high school in suburban New Jersey. Still, an ambitious woman, Tracy experiences a midlife crisis as she feels stuck and under-appreciated until she receives a bit of food news when longtime principal Jack Weede announces his plans for retirement, offering her the chance to ascend to the top job. The 1999 film, which saw Witherspoon star alongside Matthew Broderick as Jim McAllister (A social studies teacher and Tracy’s foil), wasn’t a huge box office success only grossing $17.2 million against a budget of $8.5-$25 million. But the movie has since become something of a cult classic, with a 92% critics score on Rotten Tomatoes.

It’s often been referred to as one of the best political satires of all time, and in a 2019 interview with Vanity Fair, director Payne claims former President Barack Obama told him on two different occasions that it’s (Election) his favorite political movie of all time.

According to Deadline, Witherspoon will also produce the movie with Lauren Neustadter for Hello Sunshine, alongside Election producers Albert Berger and Ron Yerxa of Bona Fide Productions. Perrotta is executive producing.