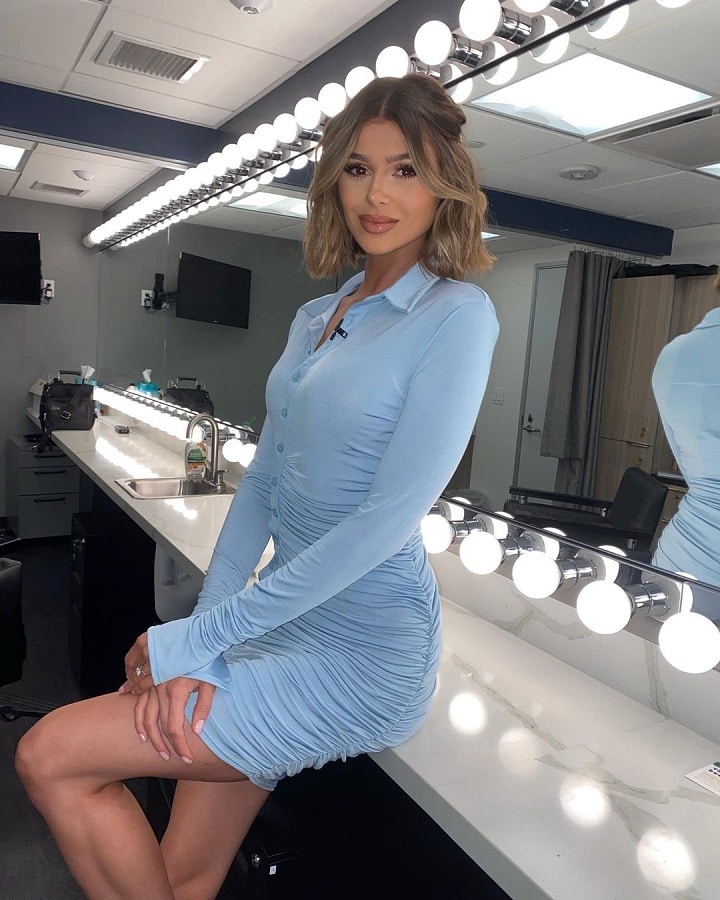 Raquel Leviss had a bad day on Tuesday, January 25. As TV Shows Ace previously reported, she got emotional in her previous Instagram Stories. She shared with fans how her day was going. Unfortunately, it didn’t go as planned.

Raquel said her therapist canceled her appointment for the second time in a row. Plus, she was feeling “panic and rage” amid the first part of the Vanderpump Rules Season 9 reunion, which aired later that night.

Raquel hoped to get some therapy done before then. Thankfully, she was able to attend a “co-dependency meeting” later that day. She then reunited with some of her cast members. They drank while they watched the first part of the reunion special.

James Kennedy moved on with a mystery lady. Now, Raquel is sharing that she received flowers from someone. Who is it? Read on to find out more.

Does James Kennedy’s ex have a secret admirer?

On Wednesday, January 26, Raquel Leviss appeared to be in good spirits. She shared a naughty Instagram post in which she shaded her ex-fiance. She then took to her Instagram Stories to reveal that she received a bouquet of light pink roses. But don’t worry. It’s not from a secret admirer. Raquel admitted that it was from her friend Jenny Ting.

“Oh my goodness, Jenny Ting. I just came home to the most beautiful flowers I’ve ever seen,” Raquel Leviss said in the clip. “Let me show you.”

She followed up with another clip that showed the beautiful floral arrangement. The reality star included the song, “So This Is Love (Cinderella’s Song)” by classic singer Ilene Woods. There on her table sat numerous pink roses in a beautiful pink and white bucket that read “J’Adore Les Fleurs.” Raquel received the flowers from her friend after the terrible day she had.

Earlier this month, Raquel Leviss made an appearance on Scheana Shay’s podcast. She talked about what led up to her split with James. The SUR-ver also shared what kind of man she’s into. Raquel has no interest in dating right now. She wants to focus on herself and her aspirations. But, if she had her pick, she would choose someone who’s kind.

“I do want somebody who treats someone with kindness and respect. I also want someone with a good sense of humor. Someone who gets along with my family. Someone who can provide for me emotionally,” Raquel Leviss said. “Someone who is confident in my relationship and doesn’t get jealous. Jealousy is such an ugly personality trait because it stems from insecurity. I want someone in my life who aspires to do better and be better.”

Check back with TV Shows Ace for more news on Raquel Leviss.